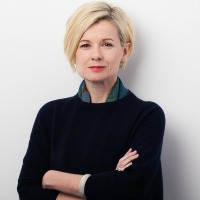 Kate James joined UK education giant Pearson in January 2014, after a three-year stint as chief communications officer at the world’s most powerful charitable organization, the Gates Foundation. Since joining Pearson, she has overhauled the communications division in line with the company’s focus on education, amid a challenging business environment. James oversees communications, brand and global marketing, media and investor relations, government and regulatory relations, along with Pearson’s broader vision to be a sustainable and responsible business.

In particular, James’ work has seen Pearson highlight its commitment to literacy as a core element of its global brand, thanks to eye-catching campaigns and a corporate affairs function that is insights-driven, digitally savvy, and genuinely global.

In her previous role, James led the foundation’s efforts to raise awareness and build engagement around global poverty, health and US education issues, overseeing all communications and brand functions. A former researcher at the UK’s House of Commons, James started her PR career at GlaxoSmithKline, before moving to senior roles at Standard Chartered (in London), and Citibank (in New York).