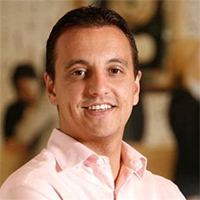 Since joining Dutch MNC AkzoNobel two years ago, Leslie McGibbon has embarked on an ambitious restructuring of its corporate communications operation, in a bid to support the company’s attempts to behave less like a holding company for its various brands (which include Dulux), and more like an operating company with its own brand. McGibbon’s efforts, which include consolidation of PR duties with MSLGroup, involve a number of new departments within a newly-centralised communications function, focusing on such areas as content, creative, planning and social listening.

This initiative reflects McGibbon’s modern approach to his communications mandate, which includes a realtime focus on content, and a more purpose-led approach to its stakeholder engagement. Prior to joining AkzoNobel, McGibbon spent several years in senior roles at GSK and IHG.