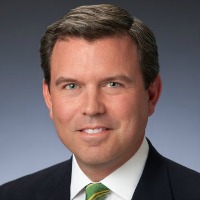 Geoff Morrell takes over as BP’s communications leader in the summer of 2017, after serving as BP America communications chief since joining the company in 2011. Prior to that, Morrell served as deputy assistant secretary of defense for public affairs, and was the press secretary for the US Department of Defense, making him particularly well-versed in the public affairs challenges that a company like BP faces.