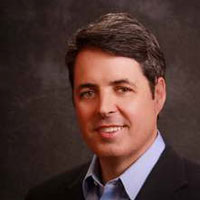 Earlier this year, Paul Cohen left PayPal to take charge of global communications at Visa, returning to a company at which he previously spent more than a decade.

Cohen, who became VP of global corporate communications at PayPal in mid-2015, was previously Visa's SVP of corporate comms and marketing for North America. In his new position, he reports to Visa CMO Lynne Biggar and joins the company's operating committee following the arrival of new Visa CEO Al Kelly from Amex.

Quintaglie's own tenure lasted two years, while another senior comms recruit — John Earnhardt — spent just four months with the company. Lucio himself left Visa for HP in 2015, with Biggar arriving from Time at the start of 2016.

"I am excited to announce that Paul Cohen will be rejoining Visa in early March as our new SVP, head of global communications, responsible for leading our global communications function and helping to enhance the Visa brand with issuers, merchants, global consumers, the media and our employees. " said Biggar in an internal note. "Paul’s leadership experience, combined with his deep knowledge and expertise of Visa’s business, make him the ideal candidate to advance our communications efforts into the future."