Please refer to our Privacy Policy for important information on the use of cookies. By continuing to use this website, you agree to this.
Home Rankings & Data Influence 100 The Influence 100 2017 Profiles Paulo Henrique Soares 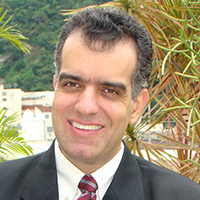 After spending 15 years with Brazilian mining giant Vale, communications leader Paulo Henrique Soares joined the Brazilian Mining Association earlier this year as corporate communication director. The role is a critical one for the Brazilian mining trade association, which has found itself at the forefront of the complex stakeholder challenges that confront the country’s mining industry.

Specifically, Soares believes that conventional employee engagement models — whether centralised or decentralised — rarely help to unite a company across borders. As Soares points out, Vale’s communication strategy helped the company define its culture. "We needed to find a strategy that was global, and changed the way we operate. Empathy connects people."