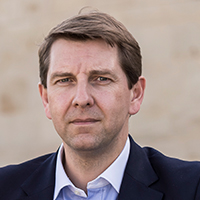 Simon Sproule has built a reputation as one of the automotive sector’s smartest PR practitioners, and left Tesla in 2014 to become global head of marketing and communications at Aston Martin. Prior to Tesla, Sproule spent several years at Nissan, where he became one of the first executives to oversee an integrated PR and marketing function. Sproule was associated with Nissan since joining the company in 2003, broken only by a two-month stint as Microsoft’s global communications director.

A keen advocate of ‘brand journalism’, Sproule’s work at Aston Martin involves a sharper content focus for a luxury brand that is best known for its association with James Bond, and he has already ushered in the kind of integrated communications and marketing operation that has been a hallmark of his career to date. His next challenge involves building a stronger brand for Aston Martin in the US.