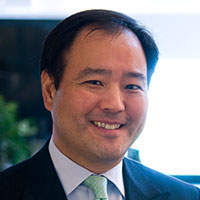 Jon Iwata's team at IBM has garnered some noticeable churn recently — Andy Whitehouse and Jeffrey DeMarrais parted ways within months of each other, meanwhile Michael Mendenhall took on CMO/CCO duties for IBM Watson and its cloud platform. And even more recently, Iwata's title changed from SVP of Marketing and Communications to Chief Brand Officer — and with this move, he shed his marketing oversight.

While the next phase of Iwata's career is likely emerging, his importance to modern communications has been solidified. Iwata was mentioned four times in the Influence 100 survey as the most influential marketing/communications professional in the world.

Iwata took over as head of IBM’s corporate communications department in 2002 and quickly emerged as a prototype for the public relations professional of the future: a strategic thinker with a thorough understanding of how brands and reputations are built in the social media age and a trusted advisor to management. Iwata was ultimately responsible for a converged marketing and communications function at IBM, including the company’s Smarter Planet branding and thought leadership initiative.

In his newest role, he is responsible for stewardship of the IBM brand and for positioning IBM as a global agenda-setter – shaping the company’s dialogue with the world; engaging its stakeholders; and ensuring that its brand and culture continue to move to the future while remaining authentically IBM.