Please refer to our Privacy Policy for important information on the use of cookies. By continuing to use this website, you agree to this.
Home Rankings & Data Influence 100 The Influence 100 2017 Profiles Isabel de Paoli 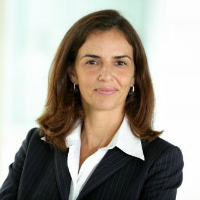 The chief communications officer may not be an endangered species in the English-speaking world, but there’s no question that the function is increasingly subordinated to the CMO. In Germany, however, something different is happening, as many communications execs expand their responsibilities to include corporate strategy.

Isabel De Paoli of Merck KGaA—the German chemical, pharmaceutical and life sciences company—is a classic example. Having been named head of group communications in 2015, she was named to the newly-created role of chief strategy officer a year later, taking responsibility for the integration of strategies, innovation and digitalization across Merck.

De Paoli first joined Merck in 2006 as business development manager, chemicals, before promotion to head of strategic planning, oncology, in 2009. Earlier, she worked as a consultant with The Boston Consulting Group, and was with private equity firm Permira.