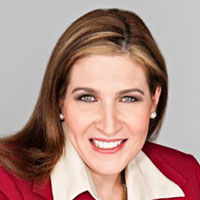 Beatriz Perez’s career with Coca-Cola spans for more than two decades — and as of May now includes the iconic company’s communications responsibilities (former CCO Clyde Tuggle has moved into a new role advising the CEO). The move happened as former president/COO James Quincey took over as CEO with a vision to turn Coca-Cola into “a total beverage company.” This also comes with a leaner operation and more a digitized business.

As part of the restructuring, Perez leads a newly integrated team across public affairs and communications, sustainability and partnerships. In this role, she aligns a diverse portfolio of work against critical business objectives to support brands, communities, consumers and partners worldwide. She continues to oversee the company’s sports and entertainment assets including iconic partnerships with Olympics, Special Olympics and FIFA. She will continue to lead strategic and operational efforts for the company’s retail, licensing and attractions portfolio of assets.

Since 2011, she served as the company’s first chief sustainability officer, where she developed and led progress against global sustainability commitments with a focus on water stewardship and women’s economic empowerment.

Prior to leading the sustainability efforts, she was CMO for Coca-Cola North America, where she built brands by developing some of its most historic relationships including American Idol and NASCAR.