Please refer to our Privacy Policy for important information on the use of cookies. By continuing to use this website, you agree to this.
Home Rankings & Data Influence 100 The Influence 100 2017 Profiles Frank X. Shaw 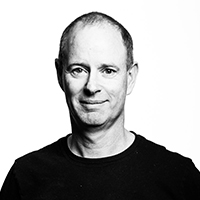 This knowledge has been integral in his role as head of global communications, seeing the tech giant through major changes — not only in its management but also in its overall business strategy. Most recently, in July 2017 the company cut up to 4,000 sales and marketing jobs. “This is being done mainly to evolve the skill sets we need,” said Shaw told the New York Times at the time of the cuts.

Shaw has been the company’s communications lead through industry-altering acquisitions, ambitious and disastrous product launches, stunning leadership changes (and the tumult that followed). Amid considerable transformation, Shaw’s institutional PR insight remains unparalleled and has yielded considerable benefit to the company —and stands as a notable example of reputational stewardship for the industry-at-large.

Can you share a moment in your career that you recognized PR's direct impact on business performance?
Years ago when I was at an agency, we drove so much coverage of a product launch the client ended up pulling the launch advertising and moving those dollars into the 2H of the year. Direct impact!

What are the industry's biggest challenges and opportunities?
Restoring and maintaining overall corporate trust.

How do you handle the unexpected?
By planning for it.

How do you relax?
Baking bread.

Book/movie/TV show/podcast that teaches a valuable lesson about PR?
The musical "Chicago" -- make sure you have a simple story you can repeat. Of course, in our world it needs to be true. :)

If I wasn't working in marketing/communications, I would be...
A teacher