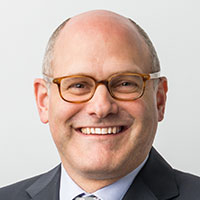 A minor crisis notwithstanding—a tone-deaf marketing campaign that clearly circumvented PR input—PepsiCo has been strengthening its reputation in recent years, with CEO Indra Nooyi settling into her leadership role and the company’s “performance with purpose” approach resonating with stakeholders.

Jon Banner assumed communications leadership of Pepsico in May 2014, after joining the company in 2012 to oversee global strategy and planning. He now oversees the food and beverage giant’s communications across all business units and global sectors, reporting to PepsiCo chairman and CEO Indra Nooyi.

Prior to joining Pepsico, Banner amassed more than two decades of journalism experience,  including senior-level executive and editorial positions at ABC News, where he led the rebranding of the news division, worked with the world’s leading anchors, controlled all editorial, creative and financial aspects of the network's flagship broadcast, and managed a global team that included several hundred employees around the world.