Please refer to our Privacy Policy for important information on the use of cookies. By continuing to use this website, you agree to this.
Home Rankings & Data Influence 100 The Influence 100 2017 Profiles Devry Boughner Vorwerk 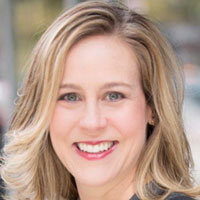 As a privately held company, Cargill had not always been subject to the same level of scrutiny as its publicly-traded peers. But with 150,000 employees in 67 countries, and a major role in the world’s food supply, it was clear that the company needed to embrace increased transparency rather than resisting it, and Vorwerk will build on the good work that began under Fernandez and she is “passionate about advancing the company’s vision and purpose to be the leader in nourishing the world in a safe, responsible and sustainable way,” according to Cargill chairman and CEO David MacLennan.

Vorwerk was with Cargill for nearly 12 years—managing Asia Pacific trade and investment policy, international government relations, and corporate affairs for Latin America—before leaving in early 2016 to join Akin Gump, a Washington DC-based law firm, where she was a senior policy advisor in the firm’s public law and policy practice.  Prior to joining Cargill, Vorwerk worked at the US International Trade Commission.