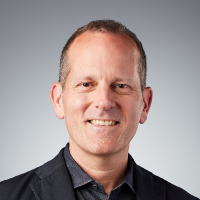 "[Corey] is the perfect person to lead our communications in our next phase of growth, and we are thrilled to have him as part of our team," Benioff said in a statement.

DuBrowa joined Starbucks in 2010 as SVP of global communications, charged with leading the company’s external communications, entertainment marketing and partner/employee communications efforts. He also oversaw a global team of more than 75 people, as well as Starbucks' agencies that have included Edelman, Kekst, Finsbury, Grayling and others. He reported into Starbucks EVP of public affairs Vivek Varma. Before Starbucks, duBrowa spent nearly a decade at WE Communications.

"Salesforce is a company that I've long admired for its pioneering technology leadership, uncompromising customer focus and its commitment to creating positive social impact," said duBrowa. "It's an exciting time to join Salesforce and I am grateful for the opportunity to be part of its future."