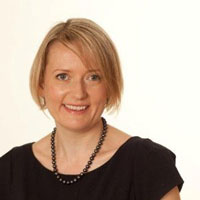 Claire Divver joined aerospace giant BAE Systems in January 2014 as group communications director and a member of the executive committee, with big shoes to fill: her predecessor, Charlotte Lambkin had just moved on to the CCO role at Diageo.

Before joining BAE, Divver had served as general manager, group corporate affairs for Xstrata, responsible for the global communications of the multinational diversified mining group during its merger with Glencore International, which completed in 2013.

She previously worked for financial communications consultancies, Prospero Financial and Finsbury. She started her career at Merrill Lynch International in UK investment banking.