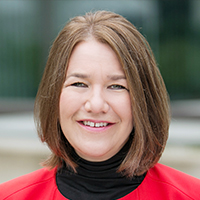 For a company that has long been synonymous with public relations in its truest sense—as a management discipline, value-driven and focused on corporate policy as much as publicity—Johnson & Johnson has suffered both from a series of unfortunate crises and a strikingly high turnover in its senior comms ranks in recent years. But it has been earning kudos on the marketing front—particularly in its consumer brand business—since Alison Lewis joined as CMO in late 2013.

Lewis has streamlined marketing for more than 100 brands—including Johnson's, Listerine, Neutrogena and Carefree—and taking a more strategic, centralized approach to the company’s portfolio. She has also been working to build a global presence for some brands well know in the US but less prominent in overseas markets. She has also earned recognition through the CMO Awards for the company’s CSR activities, in particular its Healthy Future goals and campaigns like Neutrogena’s “Every Drop Counts” water conservation effort.

Lewis was previously VP, strategic marketing, at Coca-Cola North America, the culmination of an 18-year career with the company that included stints as head of the Odwalla unit, head of integrated marketing, VP, marketing, for Canada and senior brand manager for Diet Coke.