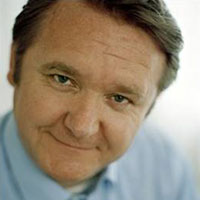 After numerous years agency-side, Anders Bylund was named head of group communications at Ikea parent Inter Ikea Group in mid-2011. Last year, following a corporate restructuring, he took on the same role at Interogo Holding, which oversees Ikea’s investment businesses. Before joining the company, Bylund spent more than a decade with Burson-Marsteller.

Can you share a moment in your career that you recognized PR's direct impact on business performance?
That's a long list, but to give one example: Communications driving employee trust and level of meaningfulness, strongly improving service driving revenue and margins.

What are the industry's biggest challenges and opportunities?
Biggest challenge is related to Trump and how that is infecting the trust of communications in general and undermining the meaning of the truth and making it more difficult to have public conversations.

How do you handle the unexpected?
With an open mind

How do you relax?
Playing with my grandchildren

If I wasn't working in marketing/communications, I would be...
playing even more with my grandchildren.