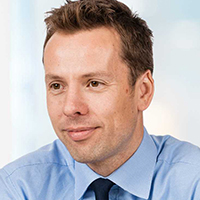 Thomson has spent more than two decades with GSK, serving in numerous marketing and public relations roles before being entrusted with global communications responsibility in 2010. After expanding his role to include government affairs in 2014, Thomson now serves as an advisor and representative of new CEO Emma Walmsley on corporate and business-related matters, with specific responsibilities for the company’s approach to reputation, corporate responsibility and global health.

Thomson’s expanded duties come at a time of considerable change in the pharmaceutical industry, and he has publicly pledged to help the company embrace a more “open culture.”