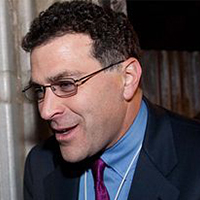 In the aftermath of the US presidential election, Facebook was under tremendous scrutiny for its role in spreading fake news that likely impacted the outcome of the election. CEO Mark Zuckerberg’s first response — days after the election — was to go on the defensive and claim “Of all the content on Facebook, more than 99% of what people see is authentic” (without an citation).

A few weeks later, Elliot Schrage publicly said “For so long, we had resisted having standards about whether something’s newsworthy because we did not consider ourselves a service that was predominantly for the distribution of news. And that was wrong! We have a responsibility here. I think we recognize that. This has been a learning for us.” Then in June, Schrage announced “a new effort to talk more openly about some complex subjects. We hope this will be a place not only to explain some of our choices but also explore hard questions, such as” social media’s role in spreading terrorist propaganda, fake news and even sustaining a democracy. After more than a decade of being perceived as a platform for posting pictures, it’s clear Facebook is ushering a new era where it takes its role more seriously than ever — and Schrage seems to be driving the charge.

Before joining Facebook nine years ago, Schrage was at Google where he was responsible for broadening the company’s PR approach to encompass the full range of stakeholders. The Harvard-trained lawyer has served at the Council of Foreign Relations, as a professor at Columbia Business School and as an SVP at Gap.