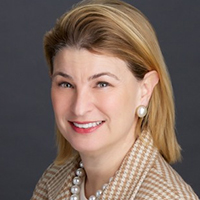 Sally Susman is a staunch advocate for the view that only earned media can deliver the authenticity and credibility that companies need to build reputation. “If we pay, it’s immediately tainted,” she said, addressing the loss of public trust in big pharmaceutical companies. So in her role as Pfizer’s senior communicator, Susman has invested in efforts such as the “Maintain” program, which offered free prescriptions to patients laid off during the economic crisis, or the company’s award-winning push into social media—which many pharma companies continue to regard with suspicion.

As executive vice president, policy, external affairs and communications for the world’s largest biopharmaceutical company, Susman is a member of Pfizer’s executive leadership team, chairs Pfizer’s Political Action Committee—she was also a prominent fundraiser for former President Obama—and is vice chair of The Pfizer Foundation. She directs Pfizer’s global communications, its interactions with external and internal audiences, its public affairs activities, and its corporate responsibility group.