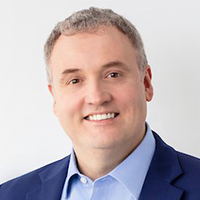 Sustainability. Supply chains. Renewable energy. Not exactly what comes top of mind when you think Mars, the confectionary and pet food giant more commonly associated with the likes of M&Ms and Skittles. But it’s all in a day’s work for Andy Pharoah, the company’s chief communicators, who, last September, added sustainability to responsibilities that already included corporate affairs and strategy.

Pharoah has bucked tradition since assuming Mars’ top comms job, the position he stepped into in the summer of 2016 after almost a decade in communications leadership roles with subsidiary Wrigley. Less than two years in, Pharoah played a lead role in upending the food giant’s longtime PR strategy, instituting a pilot program that puts local and global responsibilities for various brands in the hands of four agencies rather than using agencies on a local market basis as it had done traditionally.

The big switch was a hallmark of Pharoah’s early tenure as Mars’ chief communicator, a role that has always included interesting issues, particularly around health and nutrition and (increasingly) sourcing questions. Shortly after Pharoah’s promotion, for instance, Skittles found itself in the spotlight after Donald Trump Jr. compared Syrian refugees to a bowl of the candy. The brand's response — praised for its humanity — still is among Pharoah's most notable achievements.