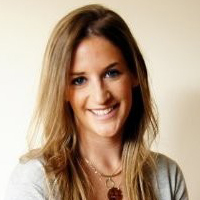 Head of Brand Marketing
Stripe
US

Stripe, last year, lured Google veteran Erzsi Sousa to lead brand marketing for the online payment platform. This was a notable jump after Sousa spent more than seven years at Google, where she led brand and creative strategy for Google Cloud and Google for Education's flagship products — GCP, G Suite, Google Maps APIs and Chromebooks. She has also worked on the DoubleClick business at Google. Prior to that, Sousa spent time at Microsoft where she crafted online sales strategies and negotiated cross-platform advertising solutions for a high-profile client list.

Sousa was involved in the roll-out of the company’s inventive new job site earlier this year. The site spotlights a series of relevant media articles about the company for prospective job seekers, while also providing clear and germane context around the challenges the company is facing and how the open jobs can help. Since 2017, Stripe has made investments in number of global startups while positioning itself as the tool for “increasing the GDP of the internet.” Stripe, which is privately held, is valued at $22.5 billion.