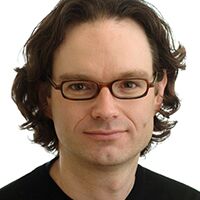 Nike is no stranger to communications challenges. And perhaps the biggest of them all came last year, when the company considered cutting ties with Colin Kaepernick. Instead, the activist NFL star became the centerpiece of Nike’s 30th anniversary ‘Just Do It’ campaign, thanks in large part to the intervention of Nigel Powell, who persuaded his company that sticking with Kaepernick was the only authentic course of action. That decision has surely been vindicated, with the subsequent campaign since becoming a bellwether moment for brand activism, at a company that has always been more comfortable than most when it comes to taking a stand.

Through his 20-year career with Nike, Powell has demonstrated a deft media touch, overseeing such areas as global brand management, youth marketing, influencer communications, corporate reputation and crisis management. The Briton oversees a team of 250 professionals at Nike, after ascending into the top comms role in 2005, and guides corporate, consumer and employee communications activities for Nike Inc., including the Nike brand, Converse, the Jordan Brand and Hurley. Nike’s Global Community Impact teams also report to Powell. Before joining the company, Powell worked in both agency and in-house roles in London and Brussels.