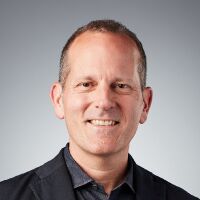 After a brief detour to Salesforce, Corey DuBrowa took on Google’s top communications role in early 2018, reporting directly to CEO Sundar Pichai and overseeing a team of more than 200 people worldwide. It is, perhaps, a fitting job description for an executive who has long been considered one of the top corporate communicators in the US, following a seven-year stint at Starbucks that saw him work closely with Howard Schultz to develop a uniquely progressive brand reputation.

At Google, DuBrowa has plenty of challenges on his hands, but has already played a role on the company’s high-profile decision to invest $1bn to address the Bay Area’s tech-fuelled housing crisis.

DuBrowa has earned multiple industry awards over the past 20 years, including four SABRE Awards, two PRWeek Global awards, three PRSA Silver Anvils, and the University of Oregon Alumni Association’s Jeanne Johnson Service Award (he served as President of the Alumni Association for two years and on the board for nearly ten). He is currently on the Arthur W. Page Society's Board of Trustees, and serves on the USC Annenberg School's Board of Advisors. And, lest we forget, he was also a music journalist for two decades, with more than a thousand bylines in publications ranging from Rolling Stone to No Depression to GQ.