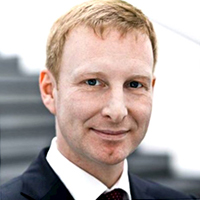 With former head of group communications Isobel de Pauoli moving into the newly-created role of chief strategy officer at Merck in 2017 after ten years with the company, the group communications role went to Dr. Constantin Birnstiel. As head of comms within a sector that is never far from controversy, Birnstiel is steering Merck through issues such as drugs development and pricing and mergers & acquisitions.

Before joining the German chemical, pharmaceutical and life sciences company, he had worked in senior communications roles for a variety of companies in Germany, including Uniper, E.ON, Osram (where he was VP of corporate communications and investor relations, as well as chief sustainability officer) and Siemens, latterly as corporate head of media relations.