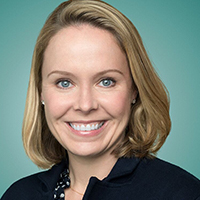 Tech PR veteran Jill Hazelbaker became Uber’s head of public policy and communications in 2017, taking on one of the industry’s toughest PR gigs, at a company that has attracted plenty of criticism for a host of issues. But Hazelbaker's background in politics, policy, communications and tech will likely stand her in good stead as Uber continues to work on overhauling its brand.

This year, not only did Uber debut its much anticipated IPO, but the ride share leader also consolidated its marketing and communications function under Hazelbaker, after CMO Rebecca Messina departed after a short stint. In announcing Messina’s departure, CEO Dara Khosrowshahi acknowledged the company’s brand challenges and endorsed Hazelbacker as being “instrumental in addressing some of our toughest challenges as a company. She’s an excellent team builder and always committed to doing what’s best for Uber.”

Prior to joining Uber, Hazelbaker was VP of communications and public policy at Snap, which she joined after several years in senior positions at Google. Hazelbaker began her career in politics and worked on nearly a dozen local, state and federal election campaigns, including as press secretary to Mayor Michael Bloomberg’s final re-election campaign in New York City. In 2008, meanwhile, she was the communications director for Senator John McCain's presidential campaign.