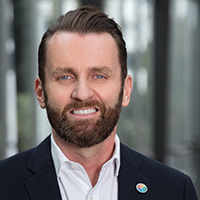 After establishing himself as one of Australia’s finest public affairs practitioners, Andrew Parker sold his Parker & Partners consultancy to Ogilvy PR. In 2007 he departed Ogilvy to take on global public affairs leadership at Emirates in Dubai, before returning to Australia in 2013 for Qantas’ top corporate affairs role, reporting directly to the CEO. By that point, Parker had already played a key role in the alliance with Emirates, as well as previously serving as press secretary and political adviser to various state and federal political leaders and ministers.