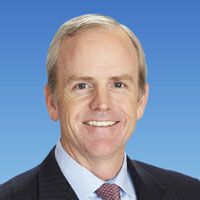 Dan Bartlett took the reins of Walmart’s corporate affairs department in June 2013 and has built on his predecessor Leslie Dach’s success at the retailer, including handling last year’s announcement that the company was raising its minimum wage, now sugnificantly higher than the statutory minimum, the communications strategy around Walmart’s 2016 acquisition of online retail brand Jet.com, and, most recently, taking to Twitter to push back against the “outdated” criticisms levelled at the company by Sen Bernie Sanders.

Bartlett reports to Mike Duke, Walmart’s president and CEO, and serves as a member of the company’s executive council. His responsibilities include oversight of external communications, government relations and sustainability, as well as the Walmart Foundation.