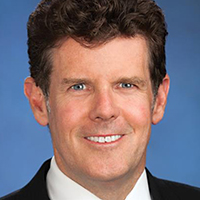 If Richard “Jake” Siewert needed a reminder of the kind of attention his new employer was used to, he didn’t need to wait long before it arrived: his first day on the job as global head of communications at Goldman Sachs saw the publication of an op-ed in The New York Times, penned by a former Goldman exec, denouncing a “toxic and destructive” culture, where employees mocked clients as “muppets.”

There was a feeling that Siewert’s predecessor, the combative Lucas van Praag, tended to reflect that culture, and that Siewert has made significant progress in humanizing the bank’s image, encouraging chairman and CEO Lloyd Blankfein to open up for a series of media interviews. His contribution was recognized at the end of 2014, when he was named a partner—one of the most prized job titles in the financial world.
Before joining Goldman, Siewert served as counselor to US Treasury Secretary Timothy Geithner from 2009 to 2011, acting as his liaison to the business community. From 2001 to 2009, he worked at Alcoa, most recently as vice president for business development, having joined as head of global communications and public strategy. Earlier, he held several positions in the Clinton administration, including serving as White House press secretary.