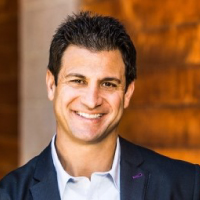 Dan Tarman was named eBay CCO in June 2015, just as the company prepared to split with PayPal and new CEO Devin Wenig took the helm. Like his predecessor Alan Marks, Tarman reports into the CEO and became part of the company’s executive leadership team. He leads the global communications function responsible for brand and reputation management, employee communications, social innovation and the eBay Foundation. Consumer trust in eBay is a priority topic: as he told the Holmes Report earlier this year: “If we live in an age where there is heightened scepticism about information that creates an imperative to get real. I would like to think that when people engage with us they believe they know what they are getting.”

Tarman joined eBay from PIMCO, where for eight years he was executive VP and global head of corporate communications. There, he also reported to the CEO and led brand and reputation management efforts for the bond investment management firm. Prior to PIMCO, Tarman held senior communications positions at Countrywide Financial Corporation, Visa and Burson-Marsteller. He holds a law degree.