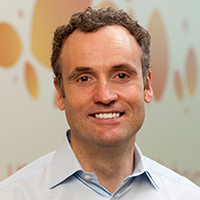 Last November, Andy Pharoah played a lead role in upending the food giant’s longtime PR strategy, instituting a pilot program that puts local and global responsibilities for various brands in the hands of four agencies rather than using agencies on a local market basis as it had done traditionally.

The big switch was a hallmark of Pharoah’s early tenure as Mars’ chief communicator, the position he stepped into in the summer of 2016 after almost a decade in communications leadership roles with subsidiary Wrigley.

It’s a role that has always included interesting issues, particularly around health and nutrition and (increasingly) sourcing questions. Shortly after Pharoah’s promotion, for instance, Skittles found itself in spotlight after Donald Trump Jr. compared Syrian refugees to a bowl of the candy. The brand's response —  praised for its humanity — is among Pharoah's most notable achievements. "Mars continues to standup publicly and respectfully for what we believe on the threat for climate change and the need for action," he noted.

Can you share a moment in your career when you saw PR's direct impact on business performance
There are so many. But the first one post-Enron was the efforts that led to fundamental reform of the accountancy profession. Whether that’s a good thing is another matter. In politics you see it all the time with powerful messages, from Wilson to Thatcher to Blair to Trump and Macron. So what matters is not the power of PR but how and why it is used In the modern social media age. Our “skittles are candy, refugees are people,” for instance, was a defining moment.

What do you love about this industry?
The variety and ability to make a difference. The fact that courage, values and common sense are core to every successful strategy.

What most frustrates you about this industry?
Its lack of confidence and constant need to prove itself.

What are the communications industry's biggest challenges and opportunities?
Being comfortable in its own skin. Being accountable to get results while not seeking to measure everything.

How do you relax or change pace when you're not at work?
Cooking, watching sport, gardening or rather digging holes and being with my wife.

Can you share a book/movie/TV show/podcast that teaches a valuable lesson about PR?
“Love Actually”: we can and should take heart in the fundamental goodness and everyday kindness of humanity.

If I wasn't working in marketing/communications, I would be...
A veterinarian.