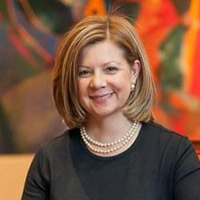 A rare example of an operational leader who has made the transition into a senior communications role, Wrenelle Stander served as managing director of South Africa’s Sasol Gas for almost four years, leading a complex three-year process to transition 314 natural gas customers from one pricing dispensation to another. Now SVP of public affairs, Stander also serves as director on a number of subsidiary boards within Sasol.

Before joining Sasol, Stander served in various capacities within the public sector including the position of deputy CEO of the South African Civil Aviation Authority, and the MD of the Air Traffic and Navigation Services Company amongst others. She started her career in the minerals and energy NGO sector where, amongst others, she was involved in positioning the Minerals and Energy Policy Centre to be less dependent on donor funding, established the Minerals and Energy Training Institute (MEETI), and was a contributor to the Energy Policy White Paper.