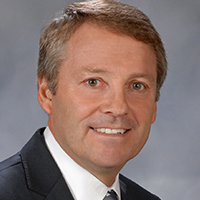 Under the marketing leadership of Tony Palmer, whose responsibilities include the global marketing, innovation, corporate research and development and corporate communications functions, Kimberly-Clark has been transformed from a paper products manufacturing company into a consumer-facing business.

His philosophy is that marketing is “the organizing principle of growth for a company,” as he told Forbes on his 2012 promotion to the role. That philosophy has manifested itself in a number of terrific public relations programs, including SABRE-winning work like U by Kotex — an edgy youth-oriented campaign for the tampon brand — and ‘The Great American Try On for Depend’, which saw celebrities sporting briefs for incontinence as a way to confront the stigma of the condition head-on and get media buzzing.

Palmer joined Kimberly-Clark in 2006, having served as managing director, UK, for Kellogg Company, and president of the company’s natural, frozen and warehouse club businesses. He has also held marketing and general management positions within the Minute Maid division of Coca-Cola, as region director for Coca-Cola in Australia, and as a marketing manager with Mars Confectionery Australia.