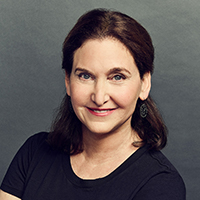 In 2015, Karen Kahn left Broadcom after nearly five years to become CCO for HP, which at the time had just completed its split from the enterprise business. More recently, she joined the company’s executive leadership team, reporting directly to president and chief executive officer Dion Weisler.

The move came after HP CMO Antonio Lucio — who worked with Kahn on an impressive diversity initiative — left for Facebook. The diversity push, which has seen HP mandate that its marketing agencies take concrete steps to increase the number of women and people of color in key creative and strategy roles, has continued under her leadership, with renewed urgency in the wake of the Black Lives Matter protests last summer. Notably, Kahn has partnered with PRSA New York to recognize and celebrate agency diversity. ”You can only retain people if you can meet them where they live," she says.

She has also articulated a clear vision for HP’s mission: “Technology should democratize opportunities for all people. It should and can empower businesses of all sizes, in all parts of the world, to grow and thrive,” she says. Kahn was named to PRovoke Media's Innovator 25 two years ago, and received our SABRE Award for Outstanding Individual Achievement in 2019.

Can you share a moment in your career when you saw PR's direct impact on business performance?
Our work in sustainable impact and DE&I.

What are the communications industry's biggest challenges and opportunities in the year ahead?
Truth and integrity.

What have you most admired about this industry over the past year?
Resilience and support.

What has most disappointed you about this industry over the past year?
Misinformation.

How have you switched off from work and maintained wellness in lockdown?
Spending time at a second home.

Which book/movie/TV show/podcast/playlist/other cultural source has helped you get through this year or provided inspiration?
Anything on Netflix or Hulu.

If I wasn't working in marketing/communications, I would be...
Creating art and design.