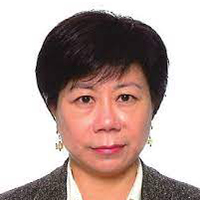 During her 17-year career at Chinese technology and media giant Tencent, Catherine Chan has emerged as the company’s key communications leader, responsible not just for investor relations and communications, but also for its ambitious ESG policies.

Chan initially joined Tencent in 2003 to help the company prepare for its IPO; it’s safe to say that went well, and since then she has steered the company’s global communications agenda with a deft touch. Prior to Tencent, Chan was head of regional head of corporate communications for BASF East Asia, and also worked as a journalist in Hong Kong.