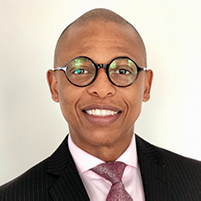 Thulani Sibeko joined Africa’s biggest bank as head of marketing and communications at the start of 2018, before being named to the group executive committee later that year. In 2021, Sibeko was handed consolidated leadership of brand and marketing, following a restructuring of Standard Bank operations to focus on three core units.

For Sibeko, the new position marks a continuation of his existing mandate to reposition Standard Bank as a key driver of Africa’s growth. That has involved rethinking the group’s tagline and brand promise around the idea of fuelling dreams. Standard Bank remains South Africa’s most valuable brand, according to Kantar, and Sibeko’s vision sees the company fulfilling its potential in helping its customers and employees realise their aspirations, even against the backdrop of Covid-19.

Prior to Standard Bank, Sibeko led marketing, communications and corporate affairs for Nedbank, and has also held senior roles at Hollard insurance, Vodacom and P&G.