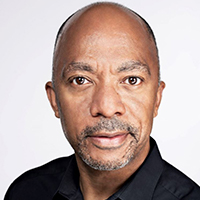 Making the leap from telecommunications to medical technology might seem like a bold move (which would be entirely in character for Torod Neptune, given his career as a change-maker) but the challenge was too tempting to pass up. ““It’s a great opportunity to work with a new CEO and a great brand that is manufacturing technology that is literally saving lives everyday all over the world,” he explained when the move was announced earlier this year.

Neptune had joined technology company Lenovo in March of 2018, after spending almost seven years with Verizon, where he oversaw communications for each of the company’s major business units, rising to the role of corporate VP of corporate communications.