Please refer to our Privacy Policy for important information on the use of cookies. By continuing to use this website, you agree to this.
Home Latest Klareco Restructures Ownership After Buying Out Bell Pottinger UK 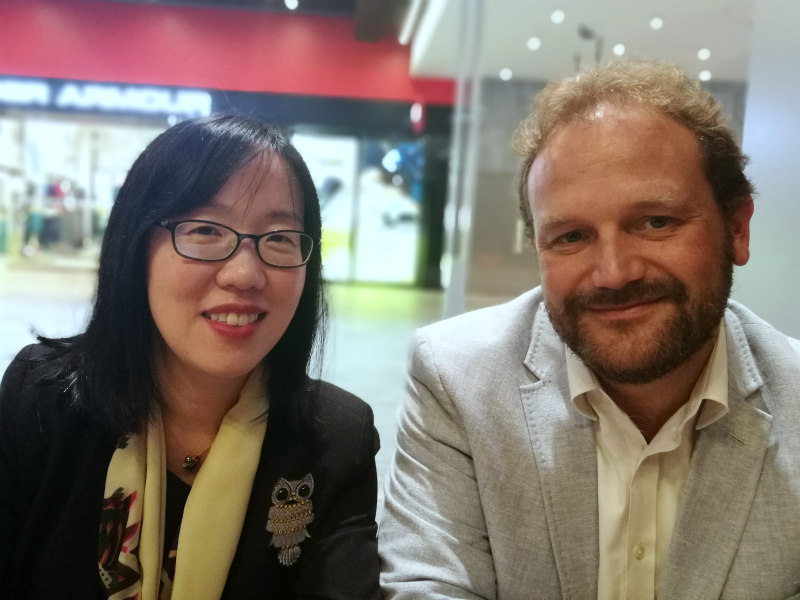 After previously being 90% owned by Bell Pottinger UK, the majority (55%) of the shares in Klareco are now held by CEO Ang Shih-Huei, who launched the Asian operation under ex-Bell Pottinger CEO James Henderson's Pelham brand in 2010 and has increased her equity stake from 10%.

The remaining 45% of the business is now owned by Singapore MD Mark Worthington. The new ownership structure comes after the firm signalled its intention to sever ties with its embattled UK parent earlier this month.

"It seemed the only natural path was for the leaders to take it over," Ang told the Holmes Report. "We were very passionate about this management buy-out. Which meant that Mark and I took over the 90% shareholding of Bell Pottinger."

The duo declined to comment on the details of their deal to acquire the shares previously held by Bell Pottinger UK, which has now entered administration. They confirmed that former Asia chairman Piers Pottinger has stepped down, but will continue to hold an advisory role for Klareco.

"Our intention is to develop an independent board," Ang told the Holmes Report. "But [Piers] will stay on. He has worked closely with us for four years and he wants to, from the sidelines, support us in any way we need."

Klareco employs around 50 people in the region, with 35 people in Singapore and the remainder spread across offices in Hong Kong, Kuala Lumpur and Yangon. Ang noted that the firm will aim to provide ownership for its senior leaders, almost all of whom have stayed with the firm through its separation from Bell Pottinger.

"We are going to build a structure that allows for growth and allows for our key management to feel a part of it," she said. "It is not Mark's and my intention to have this current shareholding as it stands. It was needed as we needed swift action — we need to keep the shareholding flexible."

The duo also declined to comment on specific client relationships. While they admitted that accounts shared with London had left, they reiterated that the vast majority of their relationships — in particular those grown by the Asia team — remained with the firm.

"We emerge hugely intact," said Worthington. "The ones we lost were those we shared with the UK. Of our own clients — people who knew us really well and who knew our teams — the vast majority stayed all the way through."

Worthington puts this down to the the duo's decision to communicate early and often, following crisis management techniques that they regularly deploy for their clients. "Our decision here was to be very upfront and very transparent at a very early stage," he said.

"There’s nothing worse than hearing a company is going down the drain to unsettle people.  When this started to get difficult, Bell Pottinger wasn’t really talking, but in Asia we were not hiding, we wanted the context to be understood. When it became clear there was only one option, the decision to restructure and emphasise the separation was a very quick and decisive move. It allowed our clients to see that we were walking the talk in every way."

Both Ang and Worthington noted that their focus throughout the crisis was on preserving the business they have built in Asia. "I haven’t had time to feel," said Ang. "But if you step back, it’s quite sad. We do believe that this firm had done a lot of good things through its 30-plus year history. I guess as leaders of business we have to look forward and move on. We owe it to our teams to preserve what is important."

Worthington, meanwhile, contrasted Klareco's posture to the lack of communication from Bell Pottinger in the UK. "You can see how differently we communicated to how they did," he said. "The biggest reaction in me was that this is happening at a phenomenal speed and it has the danger of blowing back in a very destructive way on something that we’d been creating for several years. The preservation instinct kicked in."

Looking ahead, the duo noted that while Singapore corporate head Adeline Goh had departed the agency for Burson-Marsteller, there have been new hires in Kuala Lumpur (Dau Serling as partner) and Hong Kong (Peter Chen).

"The vision for us is we believe we are an international firm," said Ang. "I would say we want to focus on developing our strengths in this region — looking at Indonesia and China. Our clients are already looking for us to provide an international offering, so we will solidify our global affiliates — our aspiration and immediate goal is to be the immediate choice for powerhouse agencies around the world. I would like any US agency that needs support to think first of Klareco. Similarly in UK and other markets."