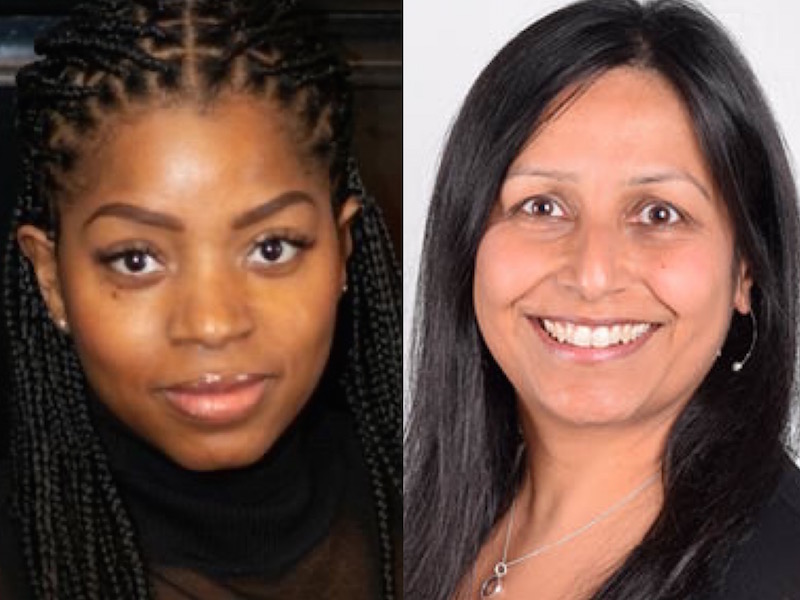 The trade association has made the first three Black and ethnic minority appointments to its board, as four board directors step back.

LONDON — The Public Relations & Communications Association (PRCA) has added two more Black and ethnic minority members to its board, after the appointment of its first Black board director, Barbara Phillips, last month.

The new members are Kamiqua Pearce (pictured, left), CEO of new social change agency Coldr and founder of the UK Black Comms Network, and Rimmi Shah (right), partner and board director at Lansons.

Lansons co-founder and chief executive Tony Langham is one of four long-serving PRCA board members to step down from their posts. In a tweet, Langham said: “I’m delighted to have stood down from the PRCA board for my wonderful Lansons colleague Rimmi Shah and to have been part of the board’s decision to take overdue steps on the long road to ensuring diversity – and combatting white privilege – in UK public relations.”

The trade association had come under pressure from members and others in the industry for the lack of diversity on its 29-strong all-white board. In response, the PRCA set up the Race & Ethnic Equity board, led by Phillips, which means issues of race and ethnic equity are raised and acted upon at every PRCA board meeting.

PRCA Chairman Jim Donaldson said: “All of the changes underway are essential to delivering on the commitments we made and to set the example for the wider industry. The PRCA, its board and the industry have been great beneficiaries from the input and leadership of David, Ed, Jon and Tony over the years.

“I am thrilled to welcome Barbara, Ondine, Hugh, Kam and Rimmi. All of them bring exceptional expertise and leadership as we continue to navigate through the Covid-era and all of the challenges of the last few months. It is vital for the industry to have strong and diverse perspectives on the Board to tackle these critical issues and to lead from the front.”