Please refer to our Privacy Policy for important information on the use of cookies. By continuing to use this website, you agree to this.
Home Latest S4 Capital Adds Former Edelman Duo's Low Earth Orbit Consultancy 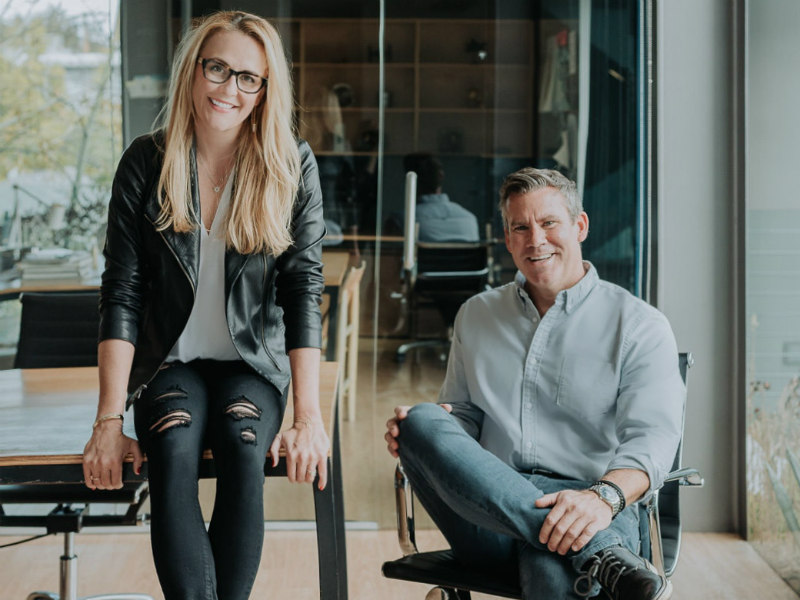 Jessica Clifton and Kevin King take on senior roles at MediaMonks as the S4 firm signals expansion into public relations.

Clifton described the deal as "more of an acqui-hire" than a traditional acquisition, with herself and King taking on senior full-time roles at MediaMonks, which has added a string of firms since it was bought by Sir Martin Sorrell's S4 Capital in 2018.

King will serve as global head of brand reputation at MediaMonks, focused on building a  public relations and communications offering rooted in modern media relations and digital-first planning.

Clifton, who founded LEO in 2019, is named head of brand and marketing advisory, and will aim to help brands maximize their investments across technology infrastructure, organizational design, go-to-market strategy, media, campaign planning and execution.

Both Clifton and King report to MediaMonks founder, and executive director at S4 Capital, Wesley ter Haar, who told PRovoke Media that clients are increasingly frustrated with siloed communications strategy that is split across different types of agencies.

LEO's capabilities, said ter Haar, provide MediaMonks with a more credible approach to integration. "For me the most logical combination was digital first together with the PR understanding, and I felt [Clifton and King] were ideally suited to bring our clients from a more traditional space to a more digital native space."

"It's more natural for us to extend into that space than for more traditional operating companies to extend into digital work," added ter Haar, noting that the LEO deal signals the start of MediaMonks' expansion into public relations. "We'll definitely be expanding this and scaling this up with some of our existing client base. We're very bullish on where this will go."

"Every brand needs to promote their brand and products, but they also need to protect themselves when faced with reputational challenges," continued ter Haar. "We sit at the promote side of social, but many of our clients want protect — that's where we didn't deliver the type of services that clients needed. We didn't have the offering or the DNA to have that conversation with traditional teams on the client side."

Before joining his partner Clifton at LEO as a global advisor, King spent 14 years with Edelman, during which he oversaw the agency's growth into the PR industry's largest digital player as global chair of the $200m+ Edelman Digital unit. After Edelman, he spent a brief spell as Citizen Relations' chief digital officer.

Clifton, meanwhile, departed Edelman a year later, after a seven-year stint that included leadership of the firm's US digital operations. Clifton has also worked in senior leadership roles at a variety of advertising agencies including Goodby Silverstein & Partners and FCB.

"It's exciting to join a firm that's digital first rather than having to change the direction of a firm that's reorganizing and discovering how to do digital," said King, adding that MediaMonks' creative capabilities also proved highly attractive.

"The creative is not comparable to any other digital agency," explained Clifton. "Also, it's very rare to work with a founder like Wes who's so open and progressive and has such a spirit for growth."

Since its launch, LEO has worked with such clients as Dole, Sierra Nevada, Facebook and LA28. Of note, both Dole and LA28 were shared clients with MediaMonks, which also took on HP's digital content work, previously handled by Edelman Digital, last year.

"There's a lot of grey space and everybody's written about the consultancies, ad agencies, digital agencies and PR firms meeting in the middle," said King. "What matters to clients is best in class creative, people that are native digitally, and able to support their brand in times when they are dealing with some issues. If you can deliver on those three things, you become a really formidable organization — I think we're positioned to deliver that better than anyone right now."

S4 Capital, which now has a market valuation of roughly £2.8bn, is expected to announce further acquisitions in the coming months.