Please refer to our Privacy Policy for important information on the use of cookies. By continuing to use this website, you agree to this.
Home Latest Sorrell: Data And Digital Are Driving PR Agency Repositioning 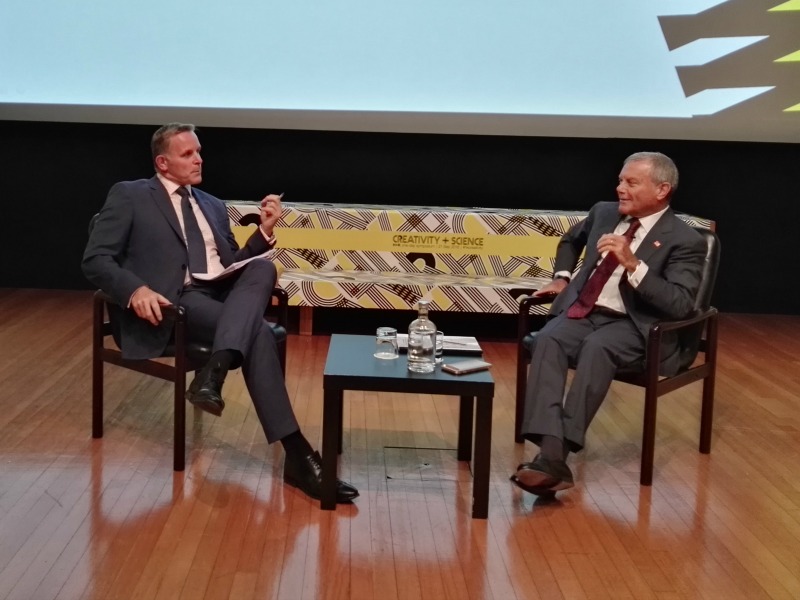 LONDON — The rapid shift to a more data- and digital-centric marketing model is causing PR agencies to reposition themselves, said WPP CEO Sir Martin Sorrell at a conference in London today.

Sorrell, whose holding group oversees the largest collection of PR and public affairs firms, noted that "definitions of creativity have broadened", thanks to the democratising effect of data. He made the comments at H+K Strategies' Creativity+Science conference today in London, in conversation with CNBC anchor Steve Sedgwick.

"Our PR and PA agencies talk about integrated communications now," said Sorrell. "What they are doing is trying to reposition themselves given the growth of data and digital."

That shift, said Sorrell, comes in a world that has moved from the 'Mad Men' era of creative planning to one where marketing and communications begins with data. "In my view the medium has become more important than the message," he said.

That, continued Sorrell, has meant that PR agencies are rethinking their traditional role. "Even in our own group, one of the elements of the debate is how integrated PR should be," said Sorrell, echoing comments he made in a Holmes Report interview at Cannes earlier this year.

Sorrell believes this debare has raised significant questions about whether there is a "PR discipline that fits into the whole of WPP."

Data, which Sorrell described as the "backbone", has made public relations much more measurable. "It has changed the PR industry, just like social media has," he said. "One of the problems was you couldn’t measure it. This is a critical issue. Measurement is the hard bit."

Yet Sorrell also voiced caution about current methods of digital measurement, noting that Facebook and Google still require third-party validation of their metrics. "Data is key to measuring outcomes," said Sorrell. "But you can’t have the referee and player being the same person."

For Sorrell, the validity of social media metrics is a much more pertinent issue than the recent ANA investigation into media rebates. "We’ve just got through an ANA investigation in the US on rebates, and there are no rebates," he said. "Does anyone do any investigation on how the algorithm works? Google’s margin is probably about 50%. And we make 17%. Those issues have to be looked at."

Sorrell still believes search is a better bet for media investment compared to social media, noting that WPP spends much more of its £58bn media budget on Google than on the likes of Facebook or Twitter. "Search is more powerful in my view than social," he said.

"With search, you can see the results and sales lift," he explained. "It’s much more easy to measure the ROI. The lift you get from Facebook, Snapchat, Twitter — these social platforms are more about building brands over the long-term."

Not that Sorrell has particularly high hopes for Twitter, noting that it "probably will not be a dramatically profitable medium for many, many years if it survives in its current form."

Sorrell also reiterated his view that investment in innovation and brands "helps companies win," despite their current focus on cutting costs in today's slow-growth environment. That short-term mindset, he said, is compromising long-term investment plans. It is a combination of factors that makes integration among WPP's agencies particularly important, despite the problems this raises for the group's agencies and top talent.

"The issue is how do you bring them together into a coherent whole," said Sorrell. "The very best people are the most difficult to manage, because good people don’t take advice. There are very few really good people that collaborate."

The most innovative media companies, he noted, are those that can control their destiny, like NewsCorp, even if "it offends all the corporate governance wonks that it's not one man, one vote."

Another important source of innovation, he added, are emerging Chinese brands, whom Sorrell described as better understanding the "impact of the internet and ecommerce" compared to their Western equivalents. "The reason is they have leapfrogged from analogue to mobile without the intervening step of desktop," he said, noting also that "we in the West probably do not wish the Chinese to succeed."