The following is the ranking of 2015 revenue from the PR operations of major holding groups and independent networks.
​

WPP's PR operations overtook Omnicom in 2015, regaining the effective top spot among holding group PR operations. While Interpublic's CMG unit reported more ($1.7bn), this includes several firms that do not specialise in PR; accordingly WPP's PR operations are likely to once again be the largest in the world.

The holding group table also features China's BlueFocus Communication Group for the first time, which debuts at fifth place after growing revenues by 44%. There was also good growth from Next 15, while PROI Worldwide — which remains the largest collection of independent PR firms in the world — was up 14% compared to 2014. 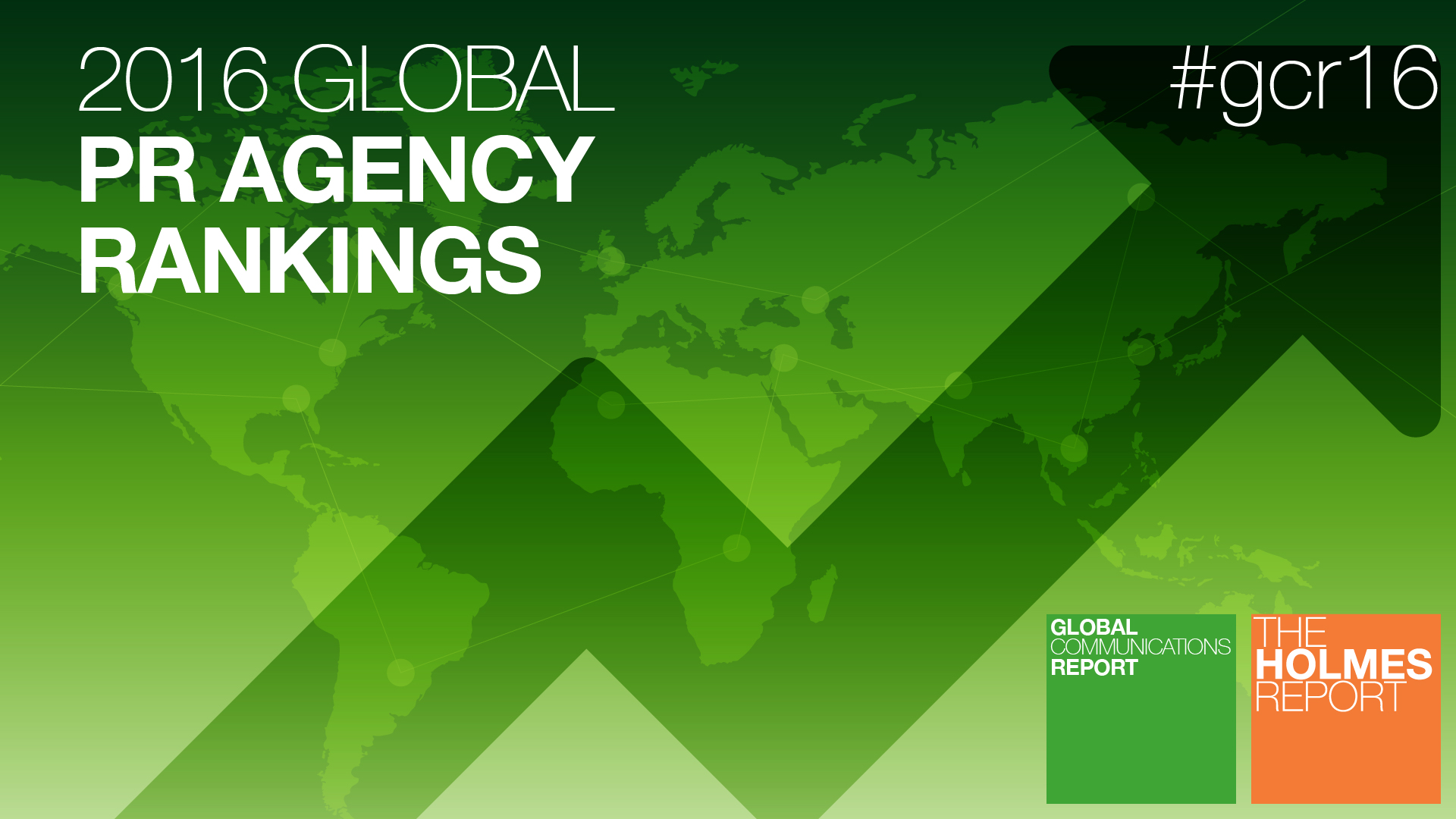