BlueFocus Communications has cracked the world's top 10 global PR firms for the first time, according to the 2016 Global Communications Report.​ The Chinese firm grew its PR revenue by 44%, including the acquisition of Citizen Relations, despite seeing profits plunge in 2015.

BlueFocus' entry into the top 10 comes at the expense of Havas PR, which drops to 11th. Elsewhere, Edelman consolidates its position as the world's biggest PR firm after growing 5.2% in 2015 to $852m. There were also strong performances again from Interpublic duo Weber Shandwick (+7.6%), whose 2014 revenue has been revised downward, and Golin (+6.3%), and from WPP firm Ogilvy PR (+8.1%).

All growth figures are on a reported basis, with several firms in the top 10 helped by acquisitions. Yet many of the big PR agency networks still struggled to grow, especially those owned by Omnicom, where FleishmanHillard and Ketchum remain in third and fourth positions, respectively. Burson-Marsteller overtook MSLGroup to take fifth spot

Overall, we estimate that the top 10 global PR firms generated fee income of almost $4.9bn, a 2% increase in reported terms, or 4.4% on a constant currency basis. A fuller picture of global PR industry size is provided by the analysis of our Global Top 250, based on submissions from almost 400 PR firms from across the world.

The global rankings form part of the Global Communications Report, conducted in conjunction with USC Annenberg's Center for Public Relations, which includes groundbreaking global research into attitudes and trends among PR agency leaders and in-house executives, 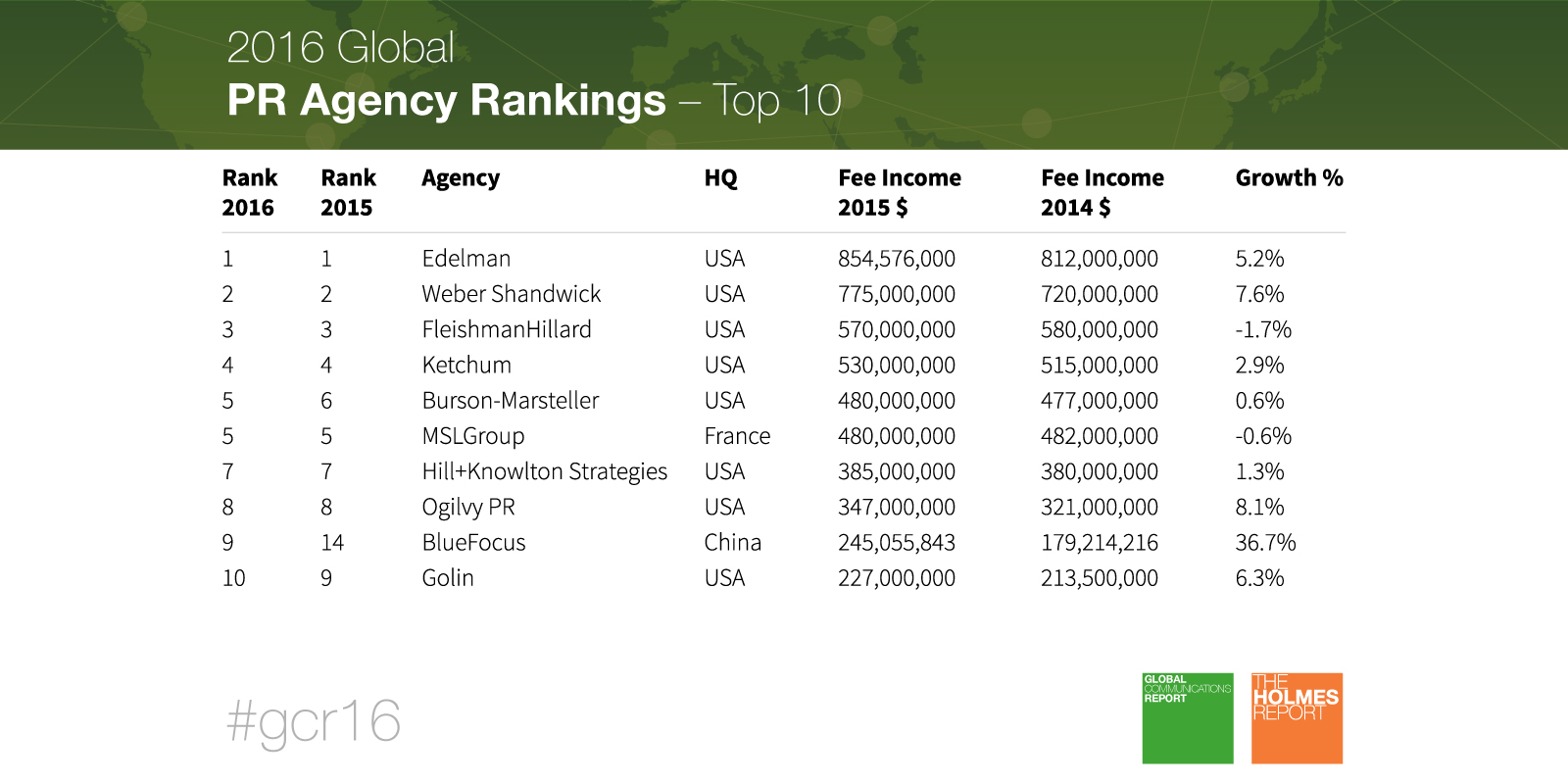