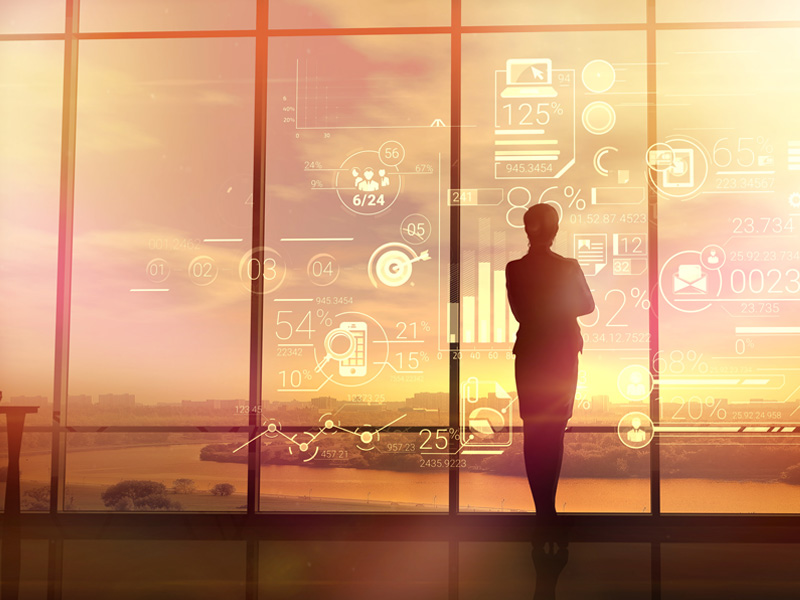 A new CEO Media Visibility Tracker from Commetric finds that CEOs gained the most traction when messaging reinforced brand strengths.

LONDON — Communications professionals should advise CEOs to stick to core strengths of their brand when posting on social media, rather than encouraging them to be disruptive or focused on off-brand topics, according to new research.

The CEO Media Visibility Tracker by media analytics firm Commetric was created to understand which attributes of CEO messaging in the media and on social media are delivering the biggest visibility and impact.

The first tranche of data from the tracker, from June to September this year, found that despite the pandemic, the US election and an explosion of social movements, leadership messaging had the most impact when it continued to be directly linked to the brand’s biggest strengths. In other words, the bulk of Tim Cook’s top tier coverage still comes from stories about iPhones, and not Apple’s ESG strategy.

Commetric works with brands including Coca-Cola, Pfizer, HSBC and Samsung. CEO Magnus Hakansson said: “At a time when many companies are facing an uncertain financial forecast, Commetric’s findings show that CEOs and communications professionals should resist the temptation to rock the boat when it comes to messaging. After such a chaotic year, stability and consistency should be the key words for leadership and communications going ahead.

“Comms practitioners and leaders have often spent this year planning messaging around the story of the week. However, as we set in for a long and uncertain winter the advice Commetric’s data offers is stark: keep brand messaging in line with the company’s key strengths and don’t get distracted by disruption.”

Hakansson added: “The data shows any organisation can add value to their valuation with effective CEO communications. But stay focused. Stick to your core attributes and avoid the temptation to use your CEO to follow trends on Twitter."

Unsurprisingly, the major technology platform CEOs gained most of the total CEO coverage, with the top CEOs in terms of media visibility for the period June – September being: Facebook’s Mark Zuckerberg, Tesla’s Elon Musk, Jeff Bezos at Amazon, and Tim Cook at Apple.

At Facebook, for example, around 20% of the articles about Zuckerberg from June – September were about political and regulatory, topics, indicative of the challenges he has faced with issues around privacy and the dissemination of fake news, as well as appearances before various government committees. However, perhaps more surprisingly, a higher proportion of his coverage was based on products and services, including Instagram, WhatsApp, and acquisitions.

The tracker also shows the pandemic’s impact on the visibility of big pharma’s leaders, as the sector takes the opportunity to overcome its poor reputation and emphasise how its core business is helping. For instance, AstraZeneca CEO Pascal Soriot and Pfizer head Albert Bouria are now the 18th and 32nd most visible CEOs in the rankings respectively. Almost all their coverage is driven by innovation, a core feature of all major pharmaceutical companies’ operations and especially as work on Covid-19 treatments and vaccines progresses.

Companies such as Pfizer, AstraZeneca, Gilead, and Merck are bolstering their CEOs’ presence in the media to explain their approach to producing drugs and vaccine trials. As a result, these CEOs have all now made it to the top 50 of the most visible CEOs, which would have been highly unlikely before the pandemic.

Netflix is another example of a company that is making solid use of its CEO’s media visibility. Reed Hastings ranks 11th in media visibility and 4th in terms of Twitter visibility, with a media profile largely driven by core product and market expansion news.

The methodology behind the CEO Media Visibility tracker – which won the best  marketing technology In2 SABRE Award 2020 – uses advanced AI to measure the media and social media visibility of 150 CEOs of Fortune Global Companies and to identify the business events driving that visibility.

To do that, the tracker uses two types of metrics: “centrality” and number of articles mentioning a specific business event. Centrality measures CEO’s visibility in top-tier online media outlets, such as the New York Times, the Financial Times, the Guardian, Reuters, Bloomberg, Forbes, as well as on Twitter. It is a metric similar to Google’s Page Rank, applying a mathematical method to measure the quantity and quality of connections between a CEO and the media outlets and Twitter users that reference them.

The number of articles mentioning a specific business event identifies the type of news that drives traction with the media. Unlike media analytics platforms that categorise entities or topics, Commetric’s platform can disambiguate sentence structure to classify the business events that drive CEO visibility.

The tracker identifies almost 500 such events and categorises them in 10 groups: Financial Performance, Capital, Innovation, Leadership and Governance, Products and Services, Strategy and Operations, Political, Regulatory, Litigation, and Disruption. The Tracker also incorporates market cap data to enable comparisons between CEOs of companies of different size.