Please refer to our Privacy Policy for important information on the use of cookies. By continuing to use this website, you agree to this.
Home Latest Study: Flexibility Is Flourishing, But Women Still Face Boardroom Barriers 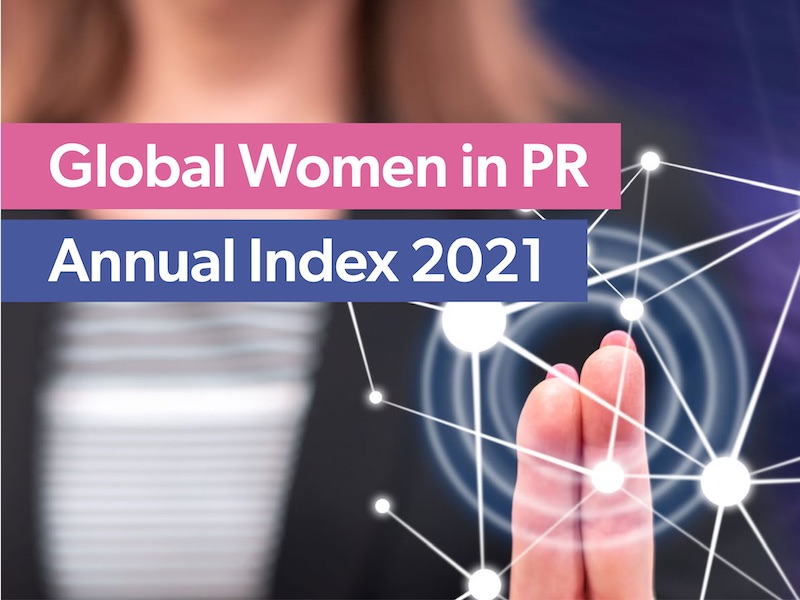 Global Women in PR’s Annual Index shows it has been a challenging year for women working in the industry.

LONDON — Flexible working is flourishing, but progress towards gender equality in the boardroom is slowing, according to a new study from Global Women in PR.

The organisation’s third Annual Index, in partnership with Opinium, showed that 2021 was a challenging year for women working in PR and communications. While the pandemic has dramatically changed the way we work, the survey results show very little has changed in moving towards a more balanced board room and increasing the number of female leaders: 66% of senior leaders in the industry are men, up from 64% last year, in an industry that is two-thirds female.

The survey of 430 women around the world from July to September 2021 covered working environments, the pressures of working in PR, the barriers to women taking on leadership roles, the impact of being a parent, the gender pay gap and sexual harassment in the workplace.

As well as highlighting the imbalance of men and women in senior roles, researchers asked what was needed to change the situation, and the drivers that could help more women working in PR and communications take on senior roles.

Remote working was felt to be the most important initiative by 57% of PR professionals – ahead of financial reward – and 73% also say they would be more likely to choose a job that offered flexible working over one that did not (up from 69% in 2020).

Flexible working practices are considered the best initiative to enable more women to take on board room roles (67%). This has reclaimed the top spot from 2019 having overtaken ‘having more senior female role models’ (65%). Other initiatives identified to help women’s career progression are mentoring schemes (62%), more senior recognition of the issues around gender inequality (60%) and training opportunities (56%).

On the other hand, encouragingly, there’s an increase in the number of PR professionals who report that flexible working is perceived positively within their company. Over three fifths (63%) report a positive perception compared to 54% last year. Interestingly, those working agency-side are more likely to report a positive perception (68%) compared to in-house (54%).

Flexible working is also felt to be particularly beneficial for women. Two-thirds (67%) believe flexible working allows women to have a family or take on caring responsibilities and still progress in their careers. A similar proportion (63%) agree that it helps retain female talent. Three in ten (30%) feel it helps women to progress into boardroom positions. A quarter (25%) of PR professionals would even prefer flexible working opportunities over a pay rise, increasing to 36% in Germany.

Looking at the potential barriers women face when it comes to progressing into senior positions, it is not surprising that the biggest barrier continues to be childcare or caring responsibilities. Three-quarters of respondents felt that a lack of flexible working and family-friendly policies prevented women from progressing into senior positions. A similar number believed the lack of work-life balance in a senior role was a barrier.

Two fifths (41%) of women reported that these caring responsibilities have had a negative impact on their career, although this has decreased compared to 47% in 2020.

Last year the GWPR Annual Index found PR professionals working in-house were more likely to have taken time off work because of stress, compared to their agency counterparts. This year, that gap has closed completely, yet a third of both in-house and agency-side professionals say they have had to take time off for their mental health.

For many women working from home during the pandemic has meant having to juggle child care responsibilities, domestic duties and a busy workload. Not surprisingly many women have experienced burn out and only around half of PR professionals currently claim to have a good work-life balance. Worryingly, over a third of respondents are not offered any mental health support initiatives by their organisations.

When it comes to comparing the career progression of mothers and fathers, the gender difference continues to be stark. Half (51%) of PR professionals feel mothers are promoted more slowly, compared to just 4% of fathers, and 33% say there is a gender pay gap in favour of men at a senior level in their business – up from 27% in 2020.

A third (33%) now say there is a gender pay gap in favour of men at a senior level, and over a quarter (28%) at middle management level. These have both increased from 27% and 22% last year.

The gender pay gap appears to be bigger among in-house PR professionals: 42% of in-house respondents state that men earn more in senior management positions than women, compared to 24% in agencies.

Many (67%) believe there is also a lack of transparency around recruitment and promotion, which creates a barrier for women attaining more senior roles, and the same number believe women are less proactive than men when it comes to asking for promotion.

GWPR joint president and co-founder Angela Oakes said: “With the changes to more flexible working practices being brought about by Covid and a real recognition by businesses that women, and a truly diverse workforce, really do make a difference to the profitability of a company, there is light at the end of the tunnel. We hope that our 2022 Annual Index will show that the dial has moved to a better place for all of us in our industry, which still remains two-thirds female.”