Please refer to our Privacy Policy for important information on the use of cookies. By continuing to use this website, you agree to this.
Home Latest US PR Firm Sought To 'Inspire Confidence' In Hong Kong's Future

Hong Kong's Economic and Trade Office is seeking US PR support to help restore confidence in the beleaguered city's prized reputation as a global business hub.

The HK ETO's San Francisco branch released the consultancy brief earlier this month. The Holmes Report has obtained a copy of the brief (excerpted below) which calls for a specific focus on the US Western region "to inspire and enhance confidence in the economic and political future of Hong Kong, based upon a better understanding of its present and future circumstances and of its significance to the US interests."

The brief comes as Hong Kong enters into its eighth month of massive anti-government protests, which have also included regular lunchtime gatherings in the city's central business district. Hong Kong's travel and tourism sector has been particularly hard hit, while luxury brands such as Prada and Louis Vuitton have also closed stores in the city. The unrest has seen Hong Kong plunge into recession, with business confidence falling to its lowest level in a decade.

The San Francisco outpost of the government's Economic  & Trade Office (ETO) — which promotes the city's economic and trade interests around the world — is focusing its PR search on key audiences in the US Western region, including corporate America, the financial and investment community, and the media.

Unlike the government's earlier, fruitless, search for PR support in Hong Kong, the ETO brief makes no overt mention of the protest movement that has become synonymous with Hong Kong's global reputation in recent months, affecting not only its status as a travel and tourism destination but also its standing as one of the world's most important business hubs.

Instead it focuses on different ways in which a PR consultancy can help bolster US confidence in the city, and comes at a time when many see China taking an increasingly firm grip on local affairs. For example, the ETO wants to reassure relevant sectors "that the principles of 'One Country, Two Systems,' a 'high degree of autonomy' and 'Hong Kong people ruling Hong Kong' are firmly in place," and "maintain business confidence and...reassure existing and potential investors of Hong Kong’s continuing economic and political viability."

The Holmes Report understands that Hong Kong's San Francisco ETO conducts a regular review of its PR support every two years — the assignment has been held by Californian public affairs firm Singer Associates, who are thought to be defending their incumbent status.

Carrie Lam's government has come in for sustained criticism over its hardline stance towards protestors, helping to deliver a landmark landslide for pro-democracy parties in Hong Kong's recent District Council elections. Concerns over the government's willingness to genuinely address the city's mounting issues helped to scupper a previous PR agency search, when eight global firms turned down the opportunity to bid for a wide-ranging strategic communications brief.

Mirroring those concerns, at least one global PR firm contacted by the Holmes Report has chosen to pass on the ETO brief, citing questions over how the assignment would reflect on its Hong Kong operations, given the political nature of the work.

Neither the Hong Kong ETO in San Francisco nor Singer Associates had responded to request for comment as this story went live.

Despite the business downturn, the successful $13bn secondary listing of Alibaba in Hong Kong last year has seen the city's stock exchange turn its attention towards China's booming high-tech sector, and — more broadly — towards mainland investors, whose purchases of Hong Kong stocks tripled in value on a net basis last year, helping to offset as much as $5bn in international capital flight in 2019. A Bank of England report points to political tensions directly impacting Hong Kong's status as one of the world's pre-eminent financial centres. 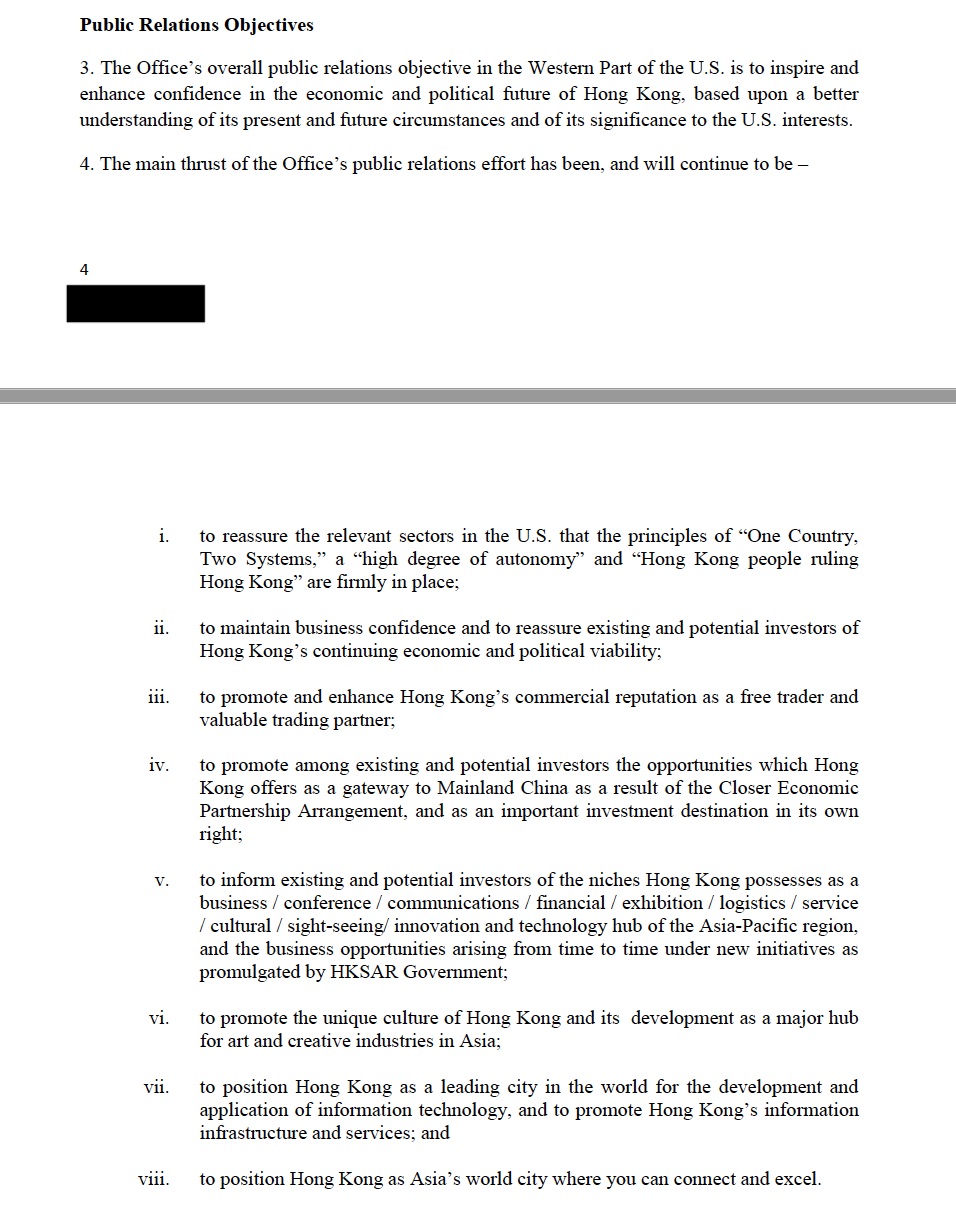 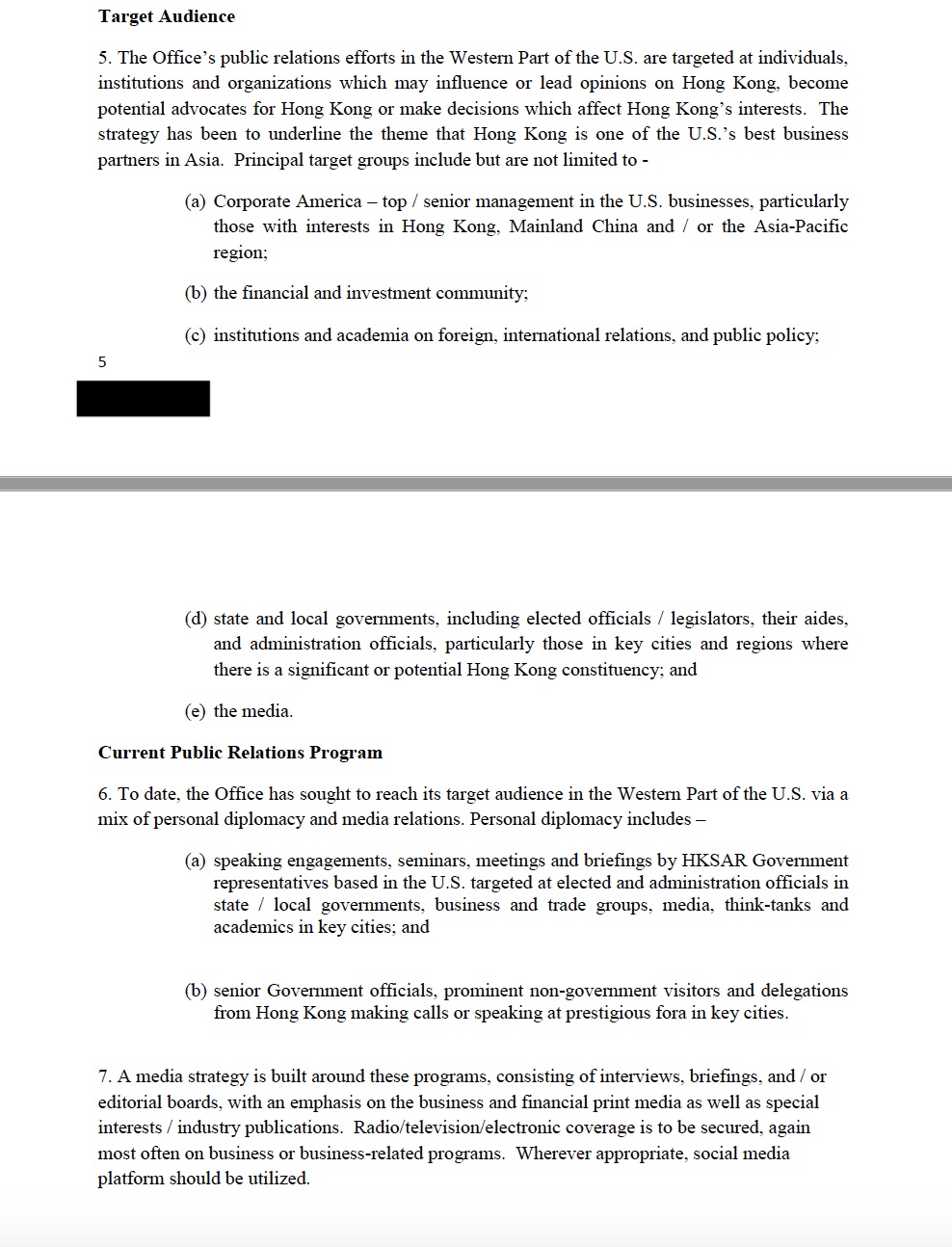 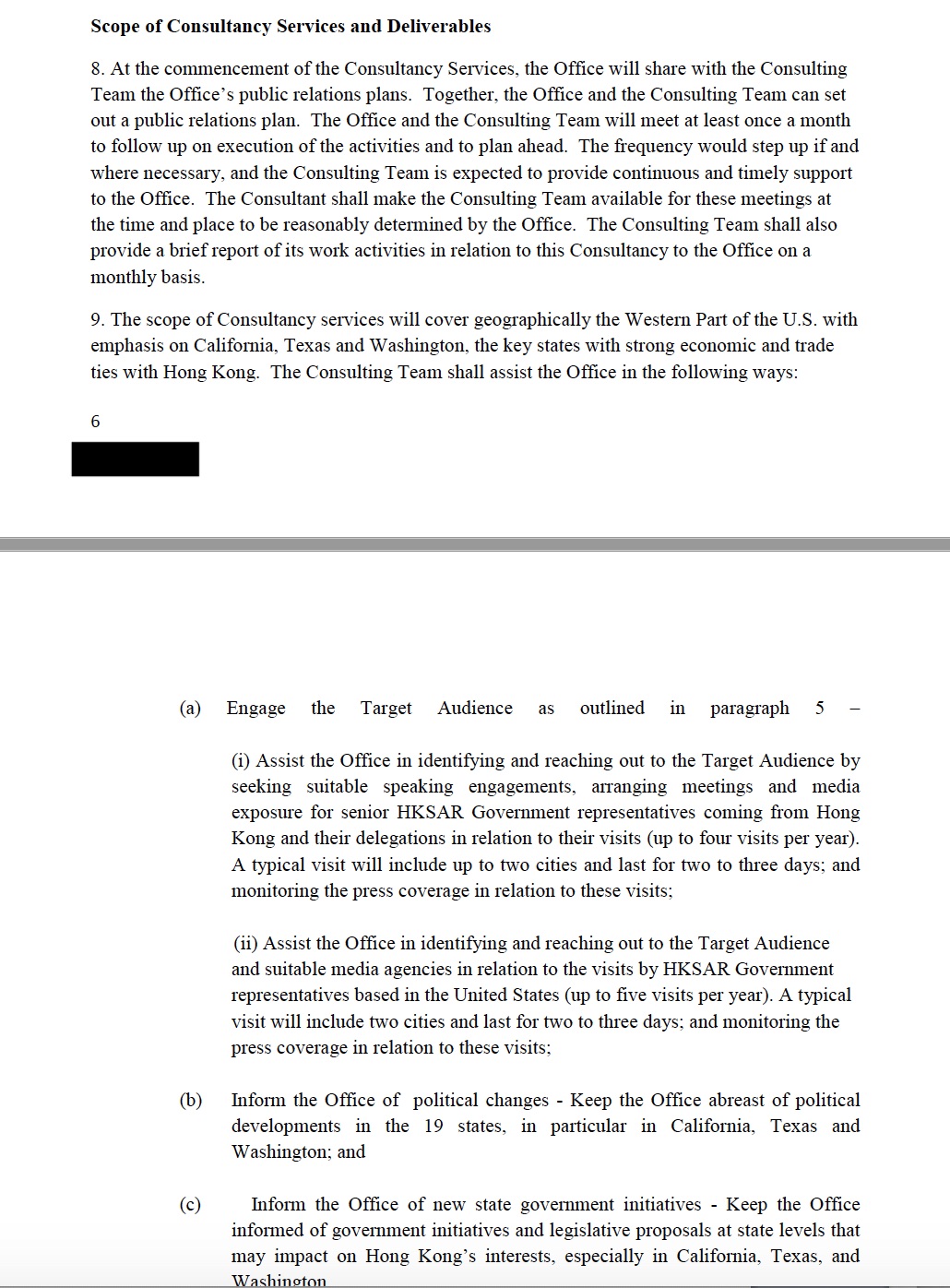