Please refer to our Privacy Policy for important information on the use of cookies. By continuing to use this website, you agree to this.
Home Latest W’s Executive Creative Director Mark Perkins Re-Joins Cow 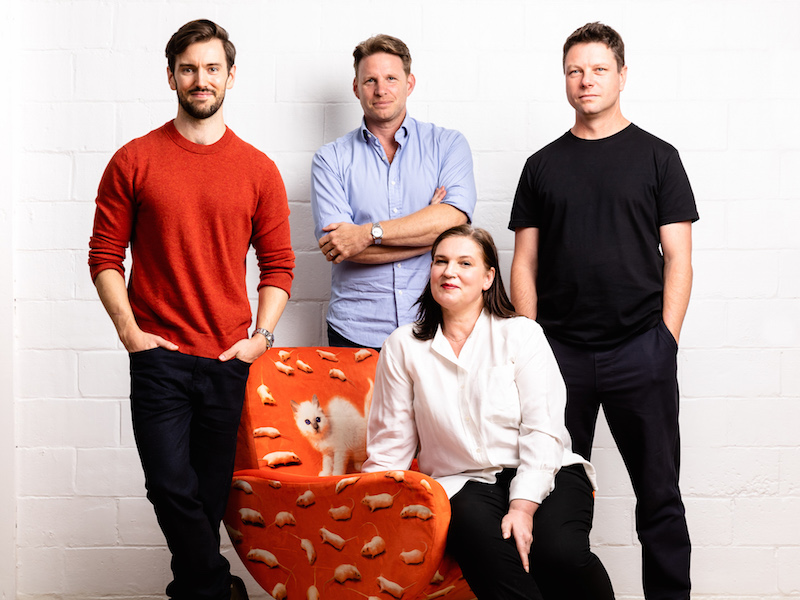 Perkins has rejoined the creative team at Cow PR after eight years away from the agency as creative lead at MHP and W.

Perkins was Cow’s first employee when the agency was founded in 2000 by Sian Morgan. He spent more than 10 years at the agency, with brief spells at Phipps and Frank, before leaving in 2013 to become MHP’s creative director. He joined W in 2017.

In his new role, Perkins (pictured, centre) will work alongside Morgan and Cow’s head of PR, Alex Bell, and be part of a “creative trident” with creative directors Matt Wilcock (left) and Donald Swanepoel (right)

Perkins is the second senior departure from W this summer: former managing director Richard Tompkins left in July to start his own agency, Where Eagles Dare, with W’s former head of strategy Adam Leigh and The Academy MD Ella Dorley-Brown. W’s new CEO, Rachel Friend, joined the agency in June from Weber Shandwick.

Cow founder Morgan (pictured, bottom) said: ‘‘This pandemic has brought with it a whole host of business challenges – not just for us but also our clients. Now more than ever we need to have the strongest team and offering. I have known these guys for many years. Donald too was a former Cow before running his own creative and social agency in South Africa - returning to the fold last year. Matt is a homegrown talent spending the past 14 years at Cow. Without a doubt these three are the best creatives I have ever come across.

“It has always been my ambition to bring their amazing minds together and now, as the agency hits 20, I finally get the chance. It’s like building your own creative superheroes and I can honestly say we now have the strongest creative offering of any agency in the land. I can’t wait to see what we come up with.”

Perkins is one of the most award-winning creatives in the PR industry, including four Cannes Lions. At W he worked on campaigns for the likes of British Airways, Unilever, Camden Town Brewery, Papa John’s, The Children’s Society’s Store of Modern Childhood and with Engineering: A Job for Girls for Jaguar Land Rover.

He said: “I’d received a number of seriously tempting offers to move elsewhere, all at the same time. That forced me to think about what I really wanted from an agency. I’ve always remained close to Sian, Matt, Donald and many others from my time at Cow. It was the place where I was happiest. I was there on day one, they’ve maintained a distinct, maverick agency culture, values and ambition that match my own - and were still doing some of the most interesting and original work in town. So, I got in touch with Sian and said, “Do you fancy getting the band back together?”

Perkins added: “Ever since I left Cow in 2012, I’ve been consistently amazed by the stellar work produced by Matt and the team. If anything, they need to be more vocal about how good they are, so we are going to change that. Cow also has a long tradition of developing and nurturing talent so I’m excited about working with some of the new team members as a mentor and unleashing their potential. It’s going to be a lot of fun.”