Please refer to our Privacy Policy for important information on the use of cookies. By continuing to use this website, you agree to this.
Home Longreads Analysis: Olympic Deal Sees Airbnb Make Case To Sceptical Asian Regulators 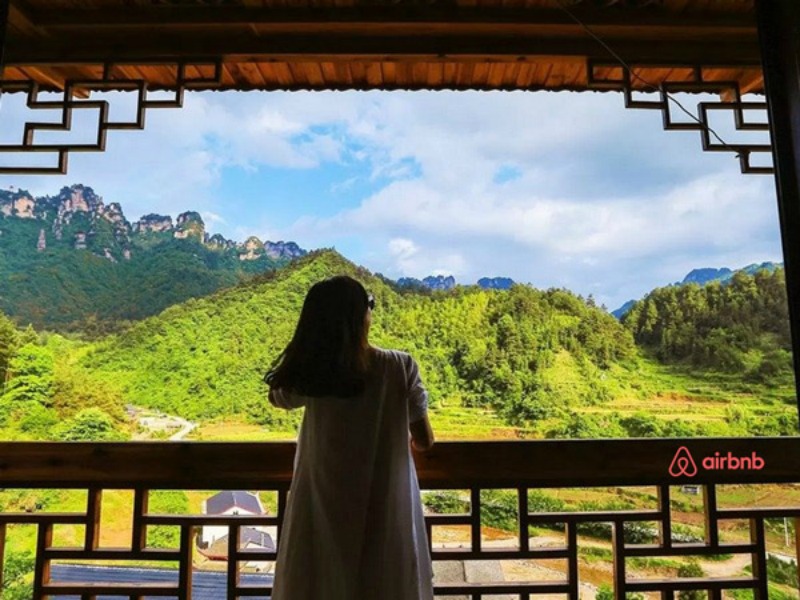 The home-sharing pioneer plans to use its status as a top-level partner of the games to help demonstrate the value it can bring to communities and governments.

When Airbnb launched in Japan in 2014, few in the country would have envisaged it emerging five years later as a worldwide Olympic Partner alongside the likes of Toyota, Panasonic, Coca-Cola and P&G. The company, which is expected to launch an IPO next year, announced its status as a top level sponsor on Monday.

As a new entrant to the market, Airbnb was widely seen (by the minority who had heard of the company at all) as an American ‘Black Ship’—an ominous force threatening to disrupt the orderly way of doing things, and to be resisted.

The company occupied a grey area: as in most markets at some point in Airbnb’s history, since home sharing had little (though some) precedent, there were no laws to govern it. As open-minded households and enterprising property managers used the platform to open their doors to travellers, local authorities and would-be domestic competitors gnashed their teeth and denounced the onset of yami-minpaku (illegal lodging). In Tokyo’s Shibuya ward, known as one of the city’s more progressive areas, signs warned that terrorists were likely to lurk in Airbnb listings.

Gaining legal recognition for home-sharing in the market, which finally happened last June, meant Airbnb’s focus from a communications perspective has been on public policy and partnership announcements with established companies such as ANA, Mizuho Bank and Family Mart, interspersed with research to show positive economic impact and awareness-building initiatives such as the chance to stay overnight at Tokyo Tower.

The passing of the law itself was an unexpected issues management nightmare. When it came into force, it meant all listings not holding an official hospitality licence—the vast majority—disappeared overnight, leaving swathes of tourists without accommodation. For a short time, chaos ensued, pundits including technology journalists proclaimed Airbnb to be at least temporarily “dead” in Japan, noting the effort required to apply for licences would likely deter former and prospective hosts.

Rather than become embroiled in the negative discourse, the company’s response was to declare the change in law a victory, and indeed the power of positive projection appears to have borne out. Host numbers have rebounded and the company now claims to have a total of 90,000 listings on its platform in Japan.

The ability to offset the shortage of hotel rooms in Japan and future host cities of the Olympics is, of course, a major factor in Airbnb’s nine-year, estimated half-billion dollar sponsorship of the event. Jake Wilczynski, Airbnb’s Asia-Pacific head of corporate policy and communications, admits that brand awareness in Japan is still comparatively low and sees Tokyo 2020 as a “massive opportunity” to raise it to household-name status. Doing that will involve demonstrating the benefits of the service to entire communities, as well as using the unique context of the Olympics to create “really human stories”.

“I think it will help Airbnb’s brand greatly,” says Ko Fujii, chief executive of Tokyo-based public affairs consultancy Makaira. That applies to both the domestic audience and inbound travellers. “With the ticket lottery still ongoing, many will have trouble finding a place to stay even if they win a ticket. They will look to Airbnb for comfortable and reasonable lodging. Plus, for foreigners coming to Japan, this will be a double treat of enjoying the Olympics and experiencing local culture first hand.”

In Tokyo, Airbnb is at least likely to have a more receptive audience than in Paris, where the mayor, Anne Hidalgo, has expressed consternation at the brand’s involvement with the Olympics. She sees the company as problematic for housing, and has vowed to reinforce regulations on the platform. Airbnb is so controversial in the market that French hotels have vowed to boycott Paris 2024 due to the company’s participation as a sponsor.

Noting the changes that have taken place in Japan over a relatively short period, Wilczynski says the business model typically “moulds to regulations”, and will have to continue to do so as Airbnb grows and expands into new markets.

In Taiwan, Airbnb faced hostility from the media comparable to that in its early days in Japan, right up until last year. Rather than take a combative approach, it launched a campaign with Weber Shandwick (dubbed ‘From Abhorred to Adored’) that aimed to offer conclusive evidence as to how the company benefits the country’s tourism industry. The initiative was a successful one — helping to soften attitudes and ultimately leading to around 30% more bookings, according to the company.

India has required a different kind of education. There, Airbnb has a commitment to the government to fostering 50,000 hospitality entrepreneurs and providing skills training in rural areas. Efforts last year focused on the country’s underdeveloped northeast, where with the help of Chase India, Airbnb worked directly with would-be hosts to show them how to operate homestays, generate income and livelihoods. The initiative resulted in hundreds of new listings, a substantial rise in female hosts, and helped draw around 30,000 guests to the region.

Wilczynski points to Southeast Asia as a key driver of growth. He sees perception improving particularly in Malaysia and Thailand and says that the Philippines and Indonesia are now entering the frame too. He attributes this to increased effort in terms of communications. Consumer-focused public relations campaigns have been targeted to specific audiences and interests.

An outreach to millennials in Malaysia, for example, ‘Once Upon a Sleepover’ by Archetype, drew on the insight that young people have considerably more interest in reading than older generations. The idea was to offer literary enthusiasts the chance to throw a ‘slumber party’ at the country’s biggest bookshop. As well as generating helpful media interest, the campaign realised a 20% rise in downloads of Airbnb’s application.

All of these campaigns demonstrate how extensively Airbnb is employing public relations and public affairs support in the region, where several markets offer plenty of opportunity for growth amid considerable hurdles to overcome.

Last month, Airbnb appointed its first head of communications for Southeast Asia, Belle Baldoza, who has now the task of building a team in the region. A native of the Philippines, Baldoza has senior communications experience at various ‘disruptive’ companies including Uber, but spent the longest stint of her career at Spotify.

Baldoza’s challenge will be different to that in more developed parts of the world, which have issues like housing shortages and over-tourism to contend with. Awareness of Airbnb might still be low in Southeast Asia, but most markets are “hungry for tourism”, Wilczynski says, which indicates the barriers to acceptance are likely to be lower. As in Japan though, the emphasis is currently on demonstrating that “we’re good for communities and good partners to government”.

While Airbnb’s approach is always market-specific, a common aim is to gain the support of the local community, which in turn supports progress with regulators. “Favourability among a broad scope is really important to us,” Wilczynski says.

Hong Kong and Singapore are examples of markets where Airbnb still faces hardline regulation. On the flipside, travellers from those markets are proportionally among Airbnb’s biggest users. Internal studies conducted in 2018 and 2017 respectively showed around 2m Singaporeans out of a total 5.5m used Airbnb on their travels (including repeat visitors), and half of all Singaporean visitors to Japan used the service.

Hong Kong and Singapore are major travel destinations in their own right, so it remains in Airbnb’s interests to win over regulators. A campaign last year in Hong Kong with the Hoffman Agency sought to influence policy by demonstrating public perception of the service as benefiting tourism and enhancing the city’s image as a free market. Wilczynski says he is hopeful that Airbnb’s involvement in Tokyo 2020 will help crystallise the message that it can support cities when their resources are put under strain by conferences and other big events.

The Olympic partnership and serving as a major accommodation provider around the event is “definitely the right foot forward” in that respect, says Iain Twine, founder and managing partner of Harrup Advisory, a communications consultancy based in Singapore. He says tourism boards have responded favourably to the proposition that the partnership represents.

But he adds that Airbnb does still have to “fight hard” to gain acceptance in highly regulated markets in the runup to its IPO. This pressure can give the company a more aggressive face. Twine says the binary stance that it sometimes takes (in May, Asia-Pacific public policy director Mike Orgill reportedly called Hong Kong’s tightening of guesthouse laws a “lose-lose situation”) is likely to prove counterproductive.

The bulldozer approach “doesn’t point to a willingness to be part of the tourism ecosystem,” Twine says. “The challenge from a communications perspective is demonstrating how they are a partner and not just a supplier to the communities they are trying to operate in. It’s also trying to geo-lock some of those specific issues in places like Singapore and Hong Kong and explain that they are unique to those markets and shouldn’t inform the broader Asia-Pacific perspective of Airbnb. They’ve got to explain that, accept it and move on.”

Continuing to be proactive with governments and other stakeholders will be central to Airbnb’s long-term success in the region from a communications perspective, Wilczynski says. From a pure consumer perspective, he says more energy is likely to go into presenting the company’s unique attributes, which makes sense given that its model is to some extent converging with that of rivals such as Booking.com. That will involve highlighting standout individual listings. An improbably lavish recent example is the listing of the palace of Jaipur in India by the city’s maharaja for US$8,000 a night. That might be extreme, but the core message is that Airbnb offers one-off experiences.

“We can expect to see more of that kind of thing in Asia at a really local level, consumer campaigns that feel really local and are relevant to local culture,” he says. “It’s all about how we can raise awareness in those markets. People [in Western markets] find it surprising, but it’s still relatively low in some of those places.