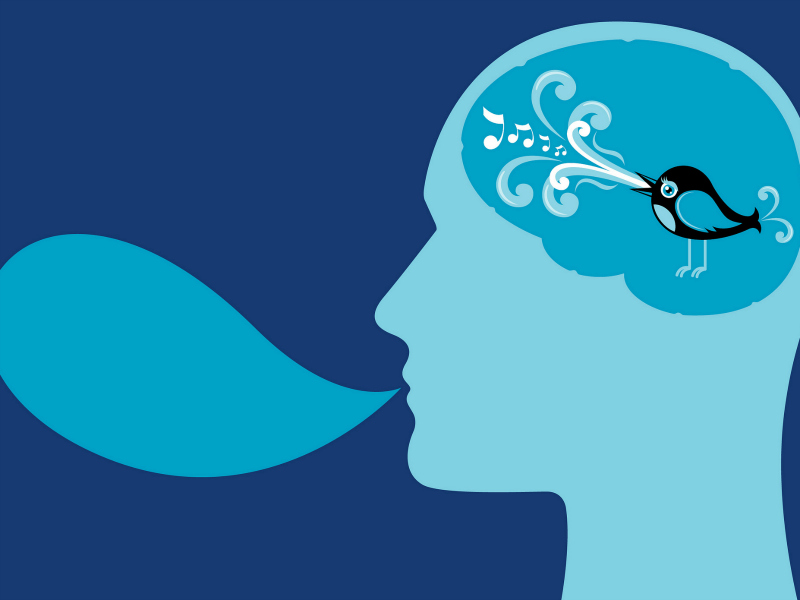 Only 40% of the Influence 100 are active on Twitter — and the most active users tend to be men.

This year, we took a deeper look at the social footprint of the Influence 100 — the Holmes Report's listing of the most powerful in-house communicators from around the globe. Somewhat surprisingly, we found that only 40% of the Influence 100 are active Twitter users. Yet just last week, WPP founder/CEO Martin Sorrell told the Holmes Report, "Twitter itself, you could argue that has been the single most important force that has helped the PR industry. It’s very powerful."

So, what is driving communications leaders to use — or not use — Twitter? For one, Twitter usage doesn't appear to be influenced by whether an organization's CEO is on the platform. We looked at the top 10 most active Twitter users on the Influence 100 and only three work for organizations where the CEO uses Twitter: Unilever, Microsoft and (not surprisingly) Twitter. All 10, however, work for organizations that heavily use Twitter to engage with various audiences. 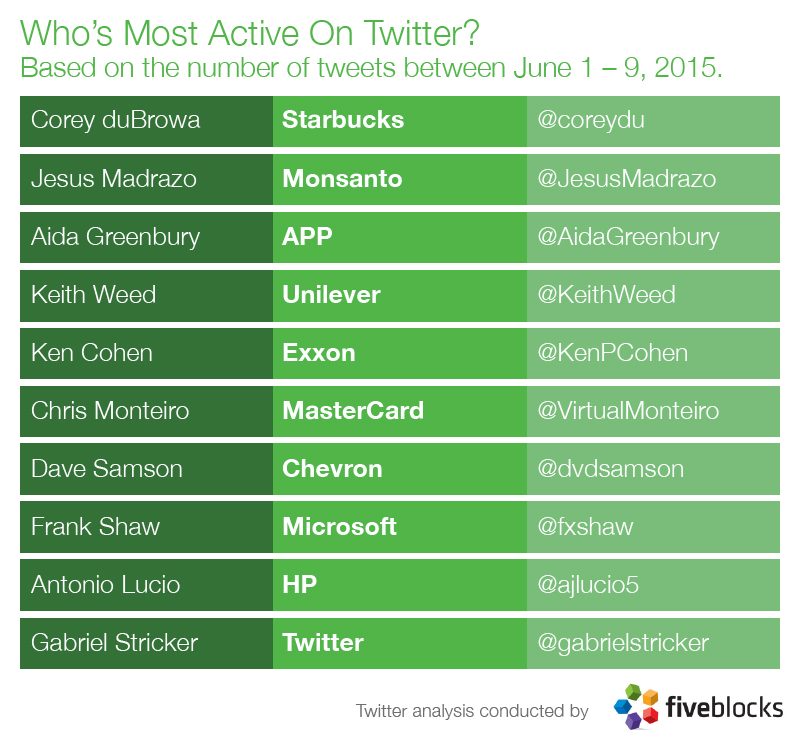 Generally speaking, overall CEO usage on Twitter isn’t spectacular. The third installment of Weber Shandwick’s ‘Socializing Your CEO’ research found that only 10% of global CEOs running the top 50 companies on the Fortune 500 are on Twitter. Only 28% of those CEOs have any social media account at all across LinkedIn, Twitter, Facebook, Google+ and regional networks like Weibo or Mixi.
"Twitter itself, you could argue that has been the single most important force that has helped the PR industry. It’s very powerful." - Martin Sorrell The perceived benefits of CEOs being on Twitter have been chronicled widely across the web. The primary being that Twitter is an effective platform for building trust via accessibility and authenticity. Presumably, these advantages would apply to chief communicators, as well as CEOs. But, of course, there’s also a risk to this level of accessibility that Starbucks’ Corey DuBrowa experienced first-hand earlier this year.
DuBrowa has been on Twitter since 2007, three years before he joined Starbucks. In those days, most of his posts were about pop culture — but that, of course, has changed as he's taken on the top comms role at one of the most famous companies in the world.

"I make clear that my opinions are my own, and not the company’s — granted, this is a pretty gray area regardless of disclaimers," DuBrowa says. "We live one integrated life, and those interests all tend to converge in one place on Twitter, which is what makes it interesting, and a useful tool for engaging a multitude of audiences... As communicators, it’s more important than ever that we ask ourselves what is our role and responsibility as leaders within 21st century organizations."

Another notable observation, among the top 10 tweeters listed above, all but one are men. Nearly 70% of the Influence 100 are men, so strictly by the numbers, one would expect at least three women to appear on 'the most active' list. But, again, there are reasons why women are more likely to hang back on Twitter. For one, the well-publicized incidents of harassment against women on Twitter. Secondly, the the Atlantic’s Jessica Bennett recently explored gender differences on Twitter and points out that women face credibility hurdles even here. She states:

Back in 2009 — admittedly an eon ago in social-media terms — a Harvard Business Review study found that both men and women were significantly more likely to follow men on Twitter. Today, men dominate lists of influential Twitter users, and recent analyses using the tool Twee-Q suggest that they are approximately twice as likely to be retweeted as women are. If you tweet and no one hears it, do you make a sound?

There are, of course, a number of other reasons chief communicators hold back on Twitter. The company’s own CCO Gabriel Stricker says before he joined Twitter, he kept his profile private and, even now, uses the platform for only professional purposes.

At the same event, LinkedIn’s Shannon Stubo Brayton added that she doesn’t require job candidates to be active on social media. Other than posting industry-related articles, Brayton noted she prefers to “stay as incognito as I possibly can.”

But not all see things this way. Like DuBrowa, Microsoft’s Frank X. Shaw balances being himself and being an advocate for Microsoft on Twitter.

“Given my job, I look at Twitter currently as primarily representing Microsoft,” Shaw said. “I do this because I know that it will be seen this way, no matter what I might want. So because I want people to see me both as a representative for the company and as a real human being, I include things that are not related to ‘work’ – baking, running, photos, sports – so that it’s clear I’m not an AI tweeting for Microsoft.”

If an organization moves quickly, is willing to risk a misstep and knows when a topic is too nuanced for 140 characters, the benefit of issuing an immediate statement via Twitter is obvious, Shaw points out. “In an era of global news cycles and minute by minute updates, [immediacy] pays off time and time again,” he says.

“We have the opportunity to be an official voice for the companies we represent – using a medium like Twitter to do that publicly builds trust and confidence in the role,” he urges his fellow comms heads. “Don’t hide always behind ‘a spokesperson said.’ If you believe, it, there are times to put your @ to it.”