Please refer to our Privacy Policy for important information on the use of cookies. By continuing to use this website, you agree to this.
Home Longreads Are ‘The New Players’ Changing PR’s M&A Game? 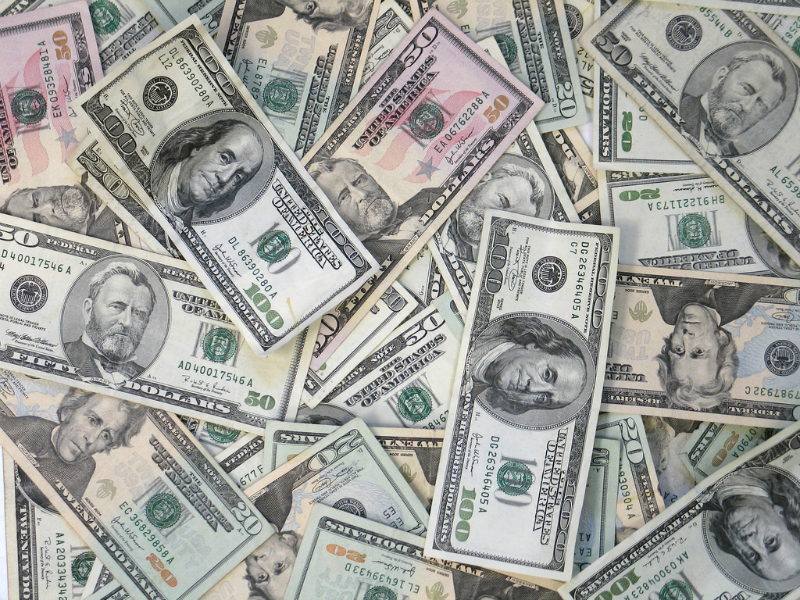 The marketplace for PR mergers and acquisitions is more diversified than ever — which means means new and more flexible ways for deals to be structured.

The PR industry is, once again, aflutter with acquisitions. Shift to National PR, W2O to Mountaingate Capital, Pegasus to UDG Healthcare, Rabin Martin to Omnicom and FoodMinds to PadillaCRT are just a few of the recent sales that we’ve reported on.

It’s worth noting the diversity of buyers in these deals: two independent PR agencies, one holding group, one healthcare services company and one private equity firm. This represents the new landscape for PR mergers and acquisitions — a highly-diversified field of potential buyers means new and more flexible ways for deals to be structured.

“We don’t see conditions possibly getting better than they are right now,” says Greg Smith, managing director at AdMedia Partners — the firm that advised on several industry deals, including Olson’s sale to management consultancy ICF International. “If a firm has the financial profile to consider sale, now is the time. The upcoming [US presidential] election has introduced some uncertainty and there’s a question — will the music stop?”

“There’s a great chance to get competition with different bidders coming at it with different valuations metrics and deal structures,” Smith adds. “We’ve seen corporate communications attracting increasing attention from private equity and non-holding company strategics because earned media and social are out of the control of corporate clients — so PR’s seat at the table has ascended and there’s more interest and value to CMOs.”

The majority of PR acquisitions in 2015 were driven by independent firms, per our own analysis. Of the 61 industry acquisitions we covered in 2015, 35 (57%) were by independent PR firms. While profitability ultimately reigns supreme when it comes to deals, independents have tinkered with the acquisition formula established by the larger holding groups. At the most basic level, this typically involves a 25% to 35% down payment, followed by a 3-5 year earnout that’s typically four to six times EBITDA (earnings before interest, taxes, depreciation and amortization) — but of course, the multiplier can be higher or lower depending on various factors.

One independent PR agency head told us that when holding groups come to him with a buyout formula, rather than being viewed as an agency with a distinctive culture and service offerings, he feels he’s being looked at as “a set of numbers.”

M&A advisor Rick Gould, who consulted on Shift’s recent sale to National PR and Horn’s sale to Finn Partners, says some independents don’t put as much profitability pressure on the selling firm and are more likely to incentivize top-line growth during the earnout than a holding group.

“Some buyers prefer a top-line model that’s based on net revenues because they want to say to the seller ‘Go out there and bring in business — and let us worry about the bottom line,’ ” Gould says. For instance, if the seller is doing 20% profitability, the expectation is they’ll keep doing that while also growing the top-line.

Art Stevens managing partner of the Stevens Group (and a former partner of Gould’s until they parted ways several years ago) — takes this thinking even further and says independent PR agency buyers shouldn’t overlook acquisition targets simply because their profitability isn’t up to the industry standard.

“Some very good firms aren’t that profitable — they have good clients and good staff but without that 15% margin,” Stevens says. “Do you abandon even considering a firm with great clients and talent?”

Stevens maintains the profitability objective can be accomplished via efficiencies in combining the two firms: consolidated backend functions, shared office space and eliminating redundant positions. And because some agency owners dislike managing profitability, he says, the top-line model makes it more likely the sellers will stick around beyond the earnout.

“More and more buyers want sellers that are looking for entrant strategy rather than an exit,” Stevens says. “They don’t want owners who walk away after the earnout. They want a partner who can help them generate business.”

We also consulted with Davis & Gilbert, a law firm with expertise in agency M&A, and were told that there’s really no one-size. And yes, the independents tend to put more emphasis on revenue growth, but ultimately that new business needs to be profitable.

But it also depends on the size of the firm that’s being bought. For instance, when buying $10m+ firms bringing in profitable business is central to the earnout, meanwhile firms larger than $25m should have owners savvy enough to manage profitability, so the buyers aren’t looking to micromanage that. It’s typically the firms under $5m where the owners are looking to step away from managing their P&Ls that the buyers are most likely to incentivize primarily around the top-line.

Edelman, the world’s largest PR agency, is likely the most watched independent, acquiring PR agencies. Like the holding companies, Edelman tends to expect the agencies it buys to operate somewhat independently (at least early on) rather than being fully digested into its own operations. Last year, Edelman bought Germany’s ergo Kommunikation, Dubai’s Dabo & Co, Colombia’s Position.

Meanwhile, Peter Finn, founding partner of Finn Partners, bought several firms in the last few years — most recently the Horn Group. He tends to eschew firms where the owners are looking for a “quick exit” and instead seeks out “people who want to keep running their firms but like what Finn Partners can offer them in doing that.”

Finn’s targets tend to be under $10m and he suspects most independents are looking at that range. “Integration is easier,” he says. “I don’t want to create silos within partners, I’m looking for people who want to be part of one team.”

That’s the sticking point — earnouts. The way earnouts are structured, they typically don’t reward collaboration. But Finn says as an independent, he makes it a point to structure deals so that sellers are incentivized for contributing to any part of the agency.

“Every individual running any sort of business has to worry about the bottomline — but if I bring them into Finn Partners and their clients want to use some of our offices and I don’t include that revenue in the deal, then why should they do it?” Finn says. “I want to motivate people joining us to sell all of our service areas, our expertise, our geographic reach.”

“Every deal is different but we’re seeing that companies want to be part of culture and leverage that,” says Ed Horne, WME-IMG’s head of strategy and activation. “We take a collaborative approach and create an environment where people are incentivized to contribute to the overall company.”

When agencies are sold via auctions, the buyer typically pays cash so there’s no earnout involved. When consulting and technology services company ICF International bought Olson for $295m in 2014, the transaction was in cash. ICF CEO Sudhakar Kesavan says this ultimately made Olson’s integration easier.

“Earnouts don’t incentive integration,” Kesavan says. “You’re saying you’re not sure about the acquisition so you put the risk on the owner of the business. In nearly all of the acquisitions we’ve done, we’ve bought the firm outright because we did our due diligence.”

Of course, it’s not to say the management isn’t financially incentivized at all. That’s done through stocks (ICF is a publicly-traded company) which Kesavan says has gone up 30% since the Olson acquisition. Another key difference from the holding group model is what integration ultimately means.

“We don’t have another agency competing against Olson — they are complementary not competitive with the rest of our offerings,” says Kesavan. ICF now houses management consulting, technology platforms and implementation, public affairs and digital marketing within its group.

So what is integration like without an earnout? Not that different in many ways. After the financials were integrated, “we didn’t change how Olson functioned or worked. We appointed a few people to do triage on the opportunities coming in and determine whether we should make it a joint effort.” For instance, ICF works with a West Coast-based utility that recently faced a major crisis and Olson was brought in to setup social media centers for the client.

“It was a humongous opportunity that came from integration,” he says. “We don’t want to transform Olson’s culture and make it like ours. We want them because they are unique and different.”

The risks for an earnout are well-known in an industry where plenty of acquisitions have ultimately failed. Art Stevens outlined some of these in a blog post “Debating the Future of Earnouts.” He writes:

The problem with traditional earnouts is that they’re all about making high profits for both the buyer and the seller, and less about the quality of service. If a seller wants to maximize profits during the three or so years of an earnout, then he or she is incentivized to cut costs and staff — often at the seller’s peril.

The seller might also “come to the painful conclusion that the chemistry and synergies expected aren't there and earn-outs aren't achieved as a result,” Stevens says. “The seller's business may erode somewhat because of various economic factors and the earn-out would be less...A buyer is chosen because that buyer should help increase these numbers as part of the synergies shared. But beware the buyer that hasn't a clue as to how to help its acquisitions grow.”

Even so, nearly all deals where the buyer is another agency — independent or not — there’s an earnout because when it comes to professional services, it’s considered the most effective way to ensure the seller has skin in the game, so to speak.

“I didn’t want to stop taking risks because we needed more cash flow,” says W2O CEO Jim Weiss. “And my wife and I couldn’t keep funding the business.”

AdMedia’s Smith says in most cases private equity offers owners a one-year earnout but it’s the rollover equity that keeps the principals around until the next financial transaction. He says it was private equity investment from KRG Capital that made it possible for Olson to acquire firms Dig Communications and PulsePoint — two buys that ultimately made Olson an attractive acquisition target for ICF.

“If we’re selling a good-sized independent, we’ll go to private equity,” AdMedia’s Smith says. “It’s a different conceptual choice than selling to WPP or Omnicom, it allows for more control and they provide board-level counsel to find attractive acquisition targets.”

For Weiss, the upside was “they aren’t trying to run your business. [Our investors Mountaingate Capital] get our business, they believe in our business. They want to build something.”

Another upside, says M&A advisor Gould, is private equity tends to offer a 40% to 50% downpayment on the current valuation of the firm. “But they want lots of financial information that sellers aren’t accustomed to providing,” he says. “They are in it for their ROI and have high expectations.”

But ultimately the unconventional buyers are giving today’s PR firms other selling options that will change — not only the way PR firms are bought – but how they ultimately operate. An industry where PR firms are part of, not just strategic holding companies, but management consultancies, talent agencies, technology companies and beyond, has dramatic implications for PR’s role as a marketing discipline.

Account News In Brief (September 6, 2022)
PRovoke Media
// 06 Sep 2022
View All
comments powered by Disqus
Get your agency into the PR industry's most comprehensive listing of consultancies and teams from around the world
REGISTER NOW ×