Please refer to our Privacy Policy for important information on the use of cookies. By continuing to use this website, you agree to this.
Home Longreads Creativity In PR 2013: Clients At Odds With Agencies Over Ideas And Quality 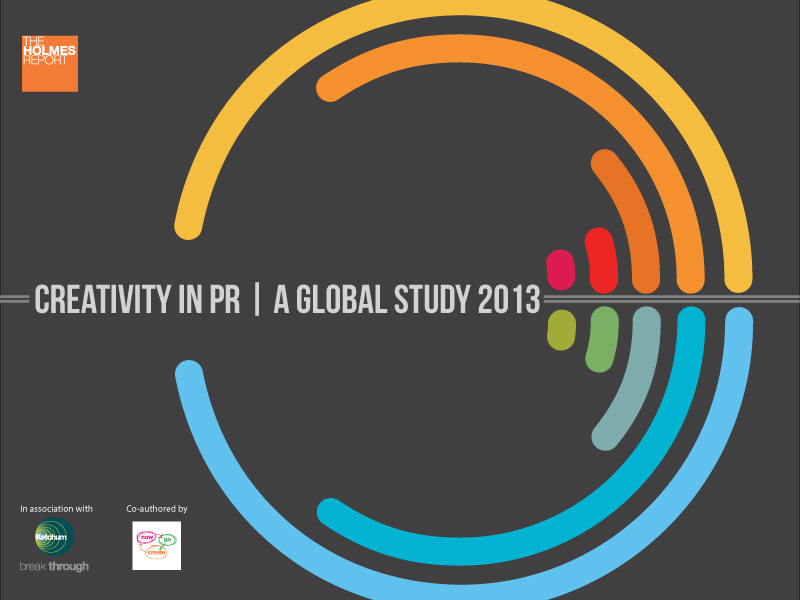 Creativity In PR 2013: Clients At Odds With Agencies Over Ideas And Quality

The client-agency divide extends to perceptions of creative quality and big ideas, according to the new 2013 Creativity in PR study.

The client-agency divide extends to perceptions of the industry's creative quality and big ideas, according to the new 2013 Creativity in PR study.

The Creativity in PR report is co-authored by the Holmes Report and creativity experts NowGoCreate, in partnership with Ketchum, based on a survey of 600 PR people from more than 35 countries across the world.

Yesterday, the study launched by revealing that creativity is critical to how businesses perceive PR value, even as the PR industry struggles to find a business model that can help it genuinely prove its creative capabilities.

As Heather Mitchell, head of global PR and social media at Unilever hair care, noted: "Creativity is not only critical to selling in ideas to clients and helping prove the value of PR and its efficiency versus other channels, but ultimately what it will take to break through the clutter and get the attention of consumers in an increasingly more competitive marketplace."

A free PDF of the report can be downloaded here or viewed at the end of this story.

Broadly speaking, opinions of creative quality within the PR industry have not shifted much over the past 12 months, demonstrating that ambivalence persists. Once again, more than half describe it as ‘ordinary’ or worse. 38% say it is good and just 7% label it ‘inspirational’. One in 10 describe it as ‘unsatisfactory’.

Significantly, clients have a considerably more jaundiced view of creative quality than their agency brethren. Just 39% describe it as inspirational or good, while more than 60 percent see it as ordinary or worse. Once again, it appears that agencies are falling down in their quest to prove to clients that they have the necessary creative credentials for today’s engagement environment.

Further clarity is provided when respondents are asked whether they think the quality of creativity in PR campaigns has improved over the past year. 61% disagree that it has, suggesting that there are no quick-fix solutions to raising creative standards.

Again, clients are even less convinced that quality is improving; just 26% agree with that statement.

Latin American respondents (71%) are least likely to see an increase in creative quality, followed by US (69%) and UK (66%). Australia stands out, with just 59% disagreeing with the notion that the quality of creativity in PR has improved over the past year.

Similarly, people continue to agree with the contention that PR agencies lack big ideas, a contention that is often voiced by ad industry types at Cannes. 60 percent believe the statement is a fair one, essentially the same proportion as last year.

Among clients, the view is even more pronounced, with 69% believing that the PR industry lacks big ideas.

"The PR industry has a range of obstacles in putting forward and driving 'big ideas' and very few agencies have managed to master the art of both creating a 'big idea' and harnessing the power of their own structured traditional PR techniques," read one survey response from an agency executive in Australia.

"Creativity shouldn’t be transactional – if we’re only delivering ideas for the client when they ask for them, we’re doing it wrong," says Marc Levy, director of strategic and creative planning at Ketchum New York. "Agencies should be delivering a steady stream of creative ideas to clients, demonstrating that we have a never-ending supply – and that we’re always thinking about their business."

Creativity in PR, a Global Study 2013 from The Holmes Report
Article tags
Creativity Creativity In PR
News direct to your inbox
Premium Content